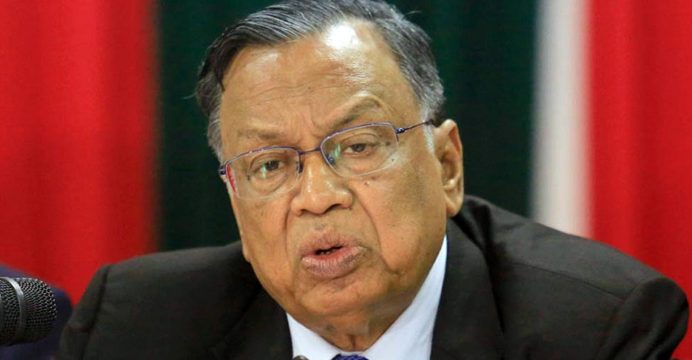 The ASEM Foreign Ministerial Meeting will be held in Nay Pyi Taw on November 20-21 where Rohingya issue will come up for discussion, a diplomatic source told UNB.

The Foreign Minister is likely to leave for the Myanmar capital city on November 19.

The European Union on Monday said they intend to seize the opportunity at the meeting to engage, in the margins thereof, in a constructive dialogue with the Myanmar government and will also continue to liaise with all Asian partners on current issues.

The EU also encouraged its partners in ASEAN and the region to engage in this process.

The Asia-Europe Meeting (ASEM) is an intergovernmental forum for dialogue and cooperation which fosters political dialogue, reinforces economic cooperation, and promotes collaboration in other areas of mutual interest.

Taro Kono, Minister for Foreign Affairs of Japan, is likely to arrive here on a two-day visit on November 18.

He will also join ASEM meeting after Dhaka visit, said the source.