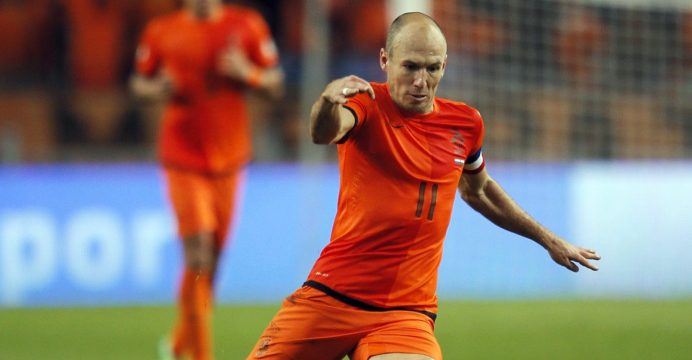 Netherlands captain Arjen Robben has retired from international football after his team missed out on a place at next summer’s World Cup in Russia.

Robben scored both goals in a 2-0 win over Sweden – but they were not enough for the Dutch to reach the play-offs. They got out of the World Cup in Spaced round. 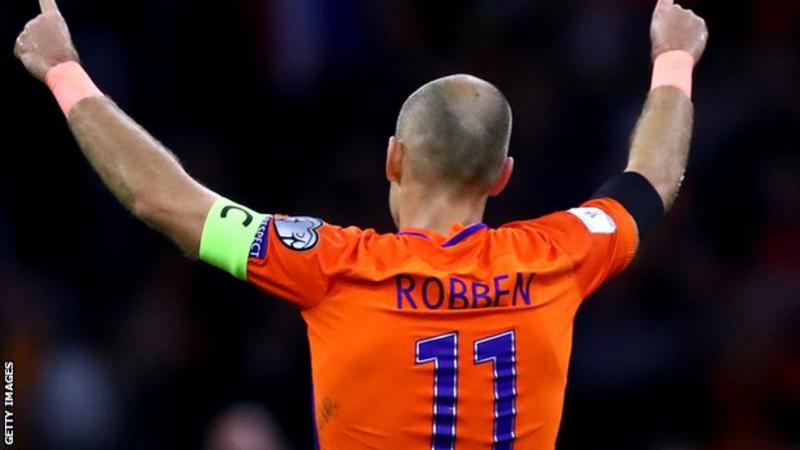 The Bayern Munich forward said: “It hasn’t been an easy decision but I am 33 and now must give my full focus to my club.”

Robben did his debut for Netherlands in April 2003 and won 96 caps, He scored 37 times for his nation in international matches. .He is joint fourth on the Netherlands’ all-time goalscorer list. He was part of the squads which finished third at the 2014 World Cup and lost 2010 final to Spain.