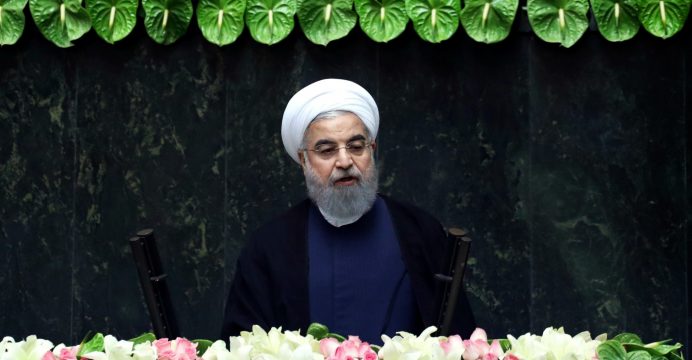 Iran warned the United States against designating its Revolutionary Guards Corp as a terrorist group and said U.S. regional military bases would be at risk if further sanctions were passed.

The warning came after the White House said on Friday that President Donald Trump would announce new U.S. responses to Iran’s missile tests, support for “terrorism” and cyber operations as part of his new Iran strategy.

“As we’ve announced in the past, if America’s new law for sanctions is passed, this country will have to move their regional bases outside the 2,000 km range of Iran’s missiles,” Guards’ commander Mohammad Ali Jafari said, according to state media.

Jafari also said that additional sanctions would end the chances for future dialogue with the United States, according to state media, and issued a stark warning to American troops.

The Revolutionary Guards (IRGC) are Iran’s most powerful internal and external security force. The Quds Force, the IRGC’s foreign espionage and paramilitary wing, and individuals and entities associated with the IRGC are on the US list of foreign terrorist organizations, but the organization as a whole is not.

Iran sees the Sunni Muslim militants of Islamic State as an existential threat to the Islamic Republic where the majority of the population are Shi‘ites.

On June 7, Islamic State claimed an attack on Tehran’s parliament and the mausoleum of Ayatollah Ruhollah Khomeini, the founder of the Islamic Republic, killing 18 people. The Guards fired missiles at Islamic State bases in Syria on June 18 in response.

Guards commanders have framed their military involvement in Iraq and Syria, where they are fighting to support the government of President Bashar al-Assad, as a fight against Islamic State.

Dozens of members of the Guards, including senior commanders, have been killed in Syria and Iraq.