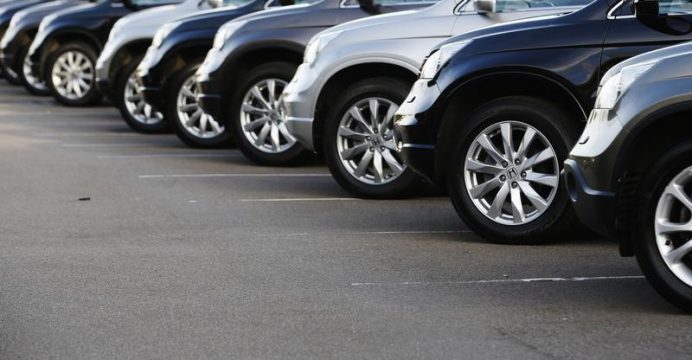 The number of new cars sold in Britain has fallen drastically due to uncertainty over Brexit and fears in the car finance market that easy credit might be fueling a credit bubble.

The Society of Motor Manufacturers and Traders (SMMT) reported that new UK car registrations suffered an annual fall of 9.3 percent in September, in figures released on Thursday, against a background of uncertainty over the outcome of the Brexit process, reports BSS.

“The figures were very disappointing, even more so as September is a key month for the car industry due to a change in number plates,” Howard Archer, chief UK economist at EY Item Club, told reporters.

“It is the first September fall since 2011, and the sixth month running that car sales have fallen year-on-year and it is quite a big drop,” Archer said.

“Private car sales are down, obviously a sign that consumers are squeezed by inflation and consumer confidence is fragile. Consumers are wary of splashing out on big ticket items,” he said.

The new car sector had suffered large falls in sales in recent months, with annual sales dropping by 6.4 percent in August and 9.3 percent in July.

Car sales can usually expect a boost in sales in September, as new registration plates are issued, but last month sales in the private sector fell 8.8 percent year-on-year.

“It is notable that private sales have been by far the weakest sector over 2017 so far. They were down 6.1 percent year-on-year over January-September, compared to the overall 3.9 percent drop in car sales. This is consistent with the overall softness in consumer spending this year, particularly a reluctance to make major purchases,” said Archer.

“This will be of significant concern as the fleet sector had held up pretty well through the first half of 2017,” said Archer.

“This indicates that businesses have become more reluctant to replace or add to their fleets amid weakened economic activity and a highly uncertain outlook,” he said.