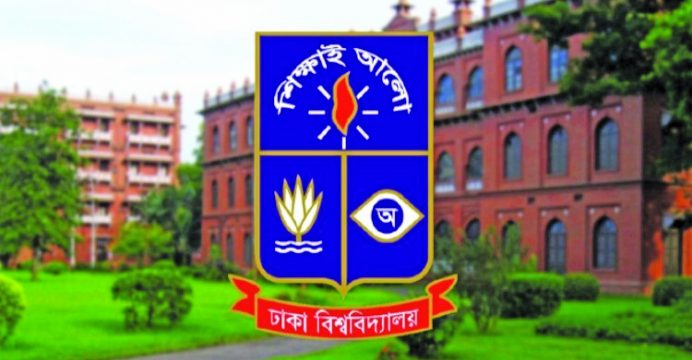 A total of 32,749 applicants competed for the 2,363 seats in the Kha unit exam this year, averaging 13.86 candidates per seat. This time, there are 122 more seats available than last year, reports Dhaka Tribune.

Meanwhile, three papers were cancelled, and 1,417 candidates did not appear for the entry exam.

In order to select the top 2,363 students for 2017-18 academic sessions, interview will be conducted beginning from October 22 through nominating subjects, as confirmed by the acting VC.

Md Anik Islam from Gazipur Cantonment College secured the first position in Kha unit with a score of 184.7 out of 200, while Tasnim from Demra Ideal College, Dhaka secured the second position and Natik Mahmud from Rajshahi College came in the third position.

Candidates in Kha Unit, who passed the entry exam, can fill out subject choice forms and personal details forms from the DU website (https://admission.eis.du.ac.bd) starting 3pm September 28, until 3pm October 10.

Prof Akhtaruzzaman said quota holders must fill out adjacent quota forms and submit them with certificates proving their quota to the Arts Faculty Dean’s office between September 25 and October 5.

Those wishing to apply for re-scrutiny of results must also apply and pay the required fees at the same office on the same day, Prof Akhtaruzzaman added.

Candidates can also receive their results via SMS by typing “DU”<space>“KHA”<space>“roll number” and sending to 16321 from any mobile operator.