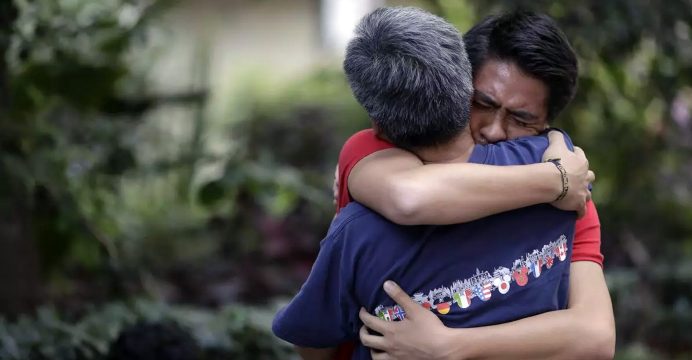 A magnitude 6.2 earthquake shook southern Mexico on Saturday and spread alarm in the capital, where rescuers temporarily suspended a search for survivors of a bigger tremor earlier this week out of fear of further building collapses.

The United States Geological Survey said the new quake was relatively shallow with an epicenter near Juchitan, a tropical region of Oaxaca state hard hit by another major earthquake on Sept 7.

Already shaken by the two recent earthquakes that have killed at least 384 people in Mexico this month, thousands of people ran out onto the streets again in Oaxaca and Mexico City, many in pajamas, when seismic alarms sounded before the new tremor was felt shortly before 8 a.m. (1300 GMT).

“I heard the alarm and ran downstairs with my family,” said Sergio Cedillo, 49, who was watching rescuers’ efforts to find survivors from Tuesday’s quake when the alarm sounded. A smaller earthquake was felt in Oaxaca at 8:24 a.m. (1324 GMT)

In a shelter housing those who have lost their homes in the quakes, people stood in a circle and prayed after the alarm sounded on Saturday. 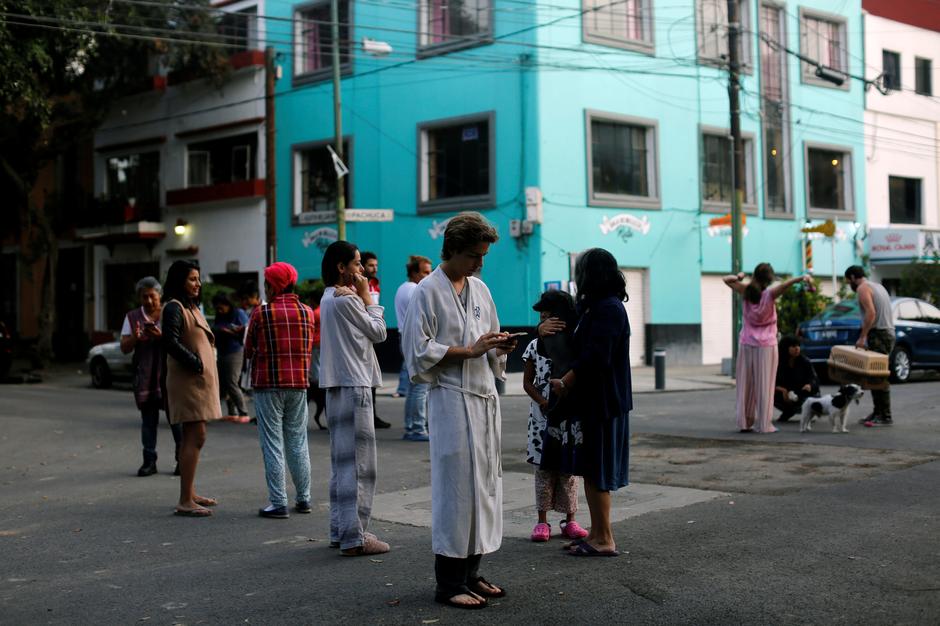 Local media reports said a bridge collapsed near Juchitan on Saturday, after suffering damage in the earlier quakes.

The tremors were mild in Mexico City. No new damage was immediately reported, but to keep workers safe, rescue efforts were suspended in areas affected by Tuesday’s quake, Luis Felipe Puente, the head of Mexico’s civil protection agency said.

“We have to be very careful with the damaged buildings, because there is a risk of collapse,” Puente told TV network Azteca.

When Tuesday’s 7.1 magnitude quake hit, Mexico was already reeling from the Sept. 7 earthquake that killed at least 98 people and was the strongest in the country in 85 years.