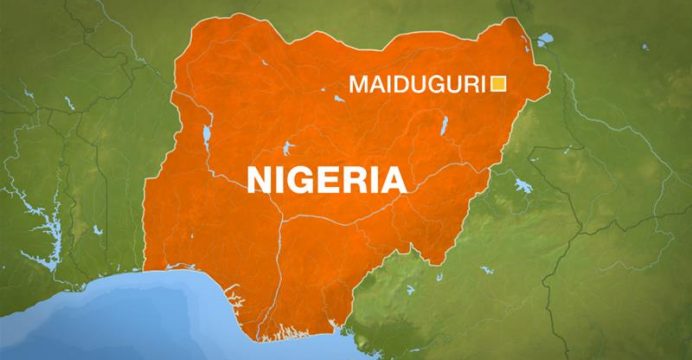 Cholera has broken out in northeast Nigeria at a camp for people displaced by the eight-year conflict with Boko Haram, aid group Médecins Sans Frontières said on Thursday, bringing disease to communities already underfed and living in squalor.

The outbreak in the city of Maiduguri, the epicenter of the fight against the Islamist insurgents, confirms aid groups’ fears that Nigeria’s rainy season could spread disease in camps for the internally displaced that are often already unsanitary, reports Reuters.

About 1.8 million have abandoned their homes because of violence or food shortages, U.N. agencies say, and many of them live in camps for the displaced throughout northeast Nigeria, particularly in Maiduguri and the surrounding state of Borno.

Médecins Sans Frontières (MSF), also known as Doctors Without Borders, is increasing its “efforts to prevent further deaths and the spread of cholera in Maiduguri”, the group said.

MSF said it had set up a 40-bed cholera treatment unit, which has admitted 70 patients, mostly from the Muna Garage camp.

“Following heavy rains, the camp is partly flooded, making the already poor sanitary conditions at the camp even worse, which is an additional risk factor during a cholera outbreak,” MSF said, adding that a potential case has been reported from another part of Maiduguri.

“Since last weekend, we have witnessed a steady increase in the number of patients at our treatment center and at the rehydration point in Muna camp,” said Anne-Cecile Niard, MSF project coordinator in the statement.

“We are worried that the number of beds that are currently planned will not be enough to cope at the peak of the outbreak.”

More than 20,000 people have been killed in the conflict with Boko Haram, and 5.2 million people in the northeast do not have secure access to food, with tens of thousands already in famine-like conditions, according to the United Nations.