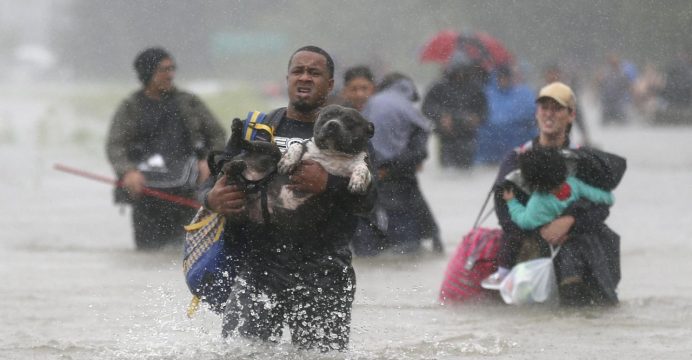 U.S. lawmakers are expected to pass a large aid package for victims of Hurricane Harvey, but specifics of the plan and its price tag are unclear as Congress awaits a funding request from the Trump administration.

Rain continued to pound Houston and the Gulf Coast on Monday as President Donald Trump said he expected rapid federal action to help fund a costly recovery. He plans to visit Texas on Tuesday to see storm-hit areas.

“We’re dealing with Congress. As you know it’s going to be a very expensive situation,” he told reporters in the White House, reports Reuters.

Historic flooding from Harvey, which came ashore in Texas last week as a powerful Category 4 hurricane and is now a tropical storm, has killed at least seven people in Texas and was expected to drive 30,000 from their homes.

Wall Street analysts estimated insured losses of up to $20 billion, making Harvey one of the costliest storms in history for U.S. insurers.

After past disasters, Congress approved billions of dollars in funds to help with relief and recovery, but in recent years, fiscal conservatives have raised questions about costs.

Congress will return next week from summer vacation, with the hurricane complicating an already difficult fiscal situation with the federal budget and Trump’s Mexican border wall proposal.