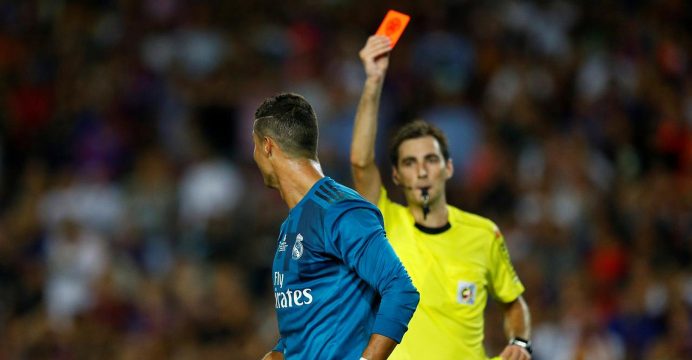 Cristiano Ronaldo will have to serve his five-match ban for pushing a referee after the Spanish sports court (TAD) rejected Real Madrid’s appeal against the length of the suspension, Spanish media reported on Tuesday citing court officials.

The Portuguese forward shoved official Ricardo de Burgos Bengoetxea after being sent off during Real’s 3-1 victory over Barcelona in the first leg of the Spanish Super Cup on Aug. 13.

As a result the Spanish Football Federation issued Ronaldo with a 3,005 euro (2,753.31 pounds)fine and a four match suspension in addition to the automatic one game ban the player was due to serve for the red card. 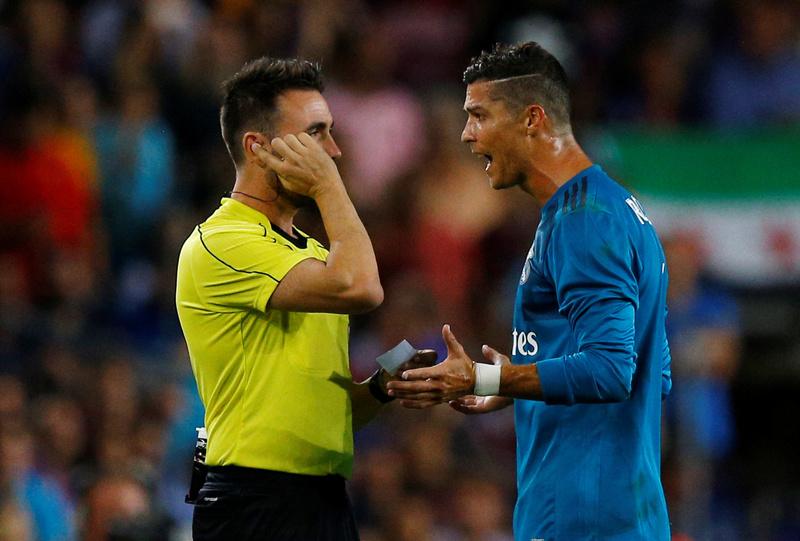 “Another incomprehensible decision. From injustice to injustice, they will never overthrow me,” Ronaldo posted on Instagram.

The ban ruled Ronaldo out of the Super Cup second leg and Madrid’s first La Liga match of the season against Deportivo La Coruna on Sunday. Real won both matches.

The striker will sit out league fixtures against Valencia, Levante and Real Sociedad before making his comeback against Real Betis on September 20.

TAD could not immediately be reached by Reuters for comment.