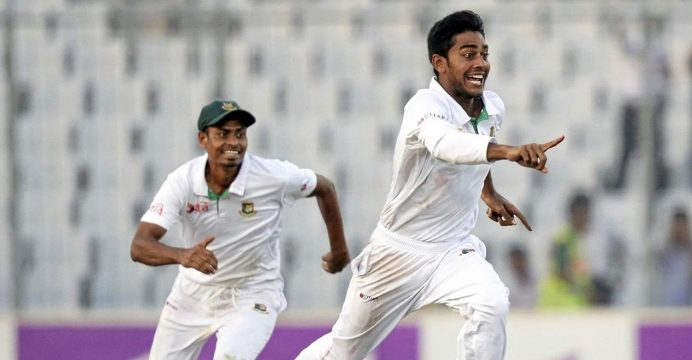 Bangladesh Cricket Board (BCB) on Saturday announced a 14-man squad for the first Test against Australia scheduled to begin on August 27 at Sher-e-Bangla National Cricket Stadium (SBNCS) in the capital.

However, Mahmudullah and Mominul were included in the squad for the practice match.

Nasir Hossain got the call after two years since August 2015 while Shafiul Islam after October 2016.

Top order batsman Mominul Haque was dropped from the squad for the first time since his debut in March 2013 alongside senior batsman Mahmudullah, who was dropped after the first Test in Bangladesh’s tour of Sri Lanka earlier this year. Imrul Kayes, a replacement for Mominul in the second Test in Sri Lanka, retained in the 14-man squad.

Since the end of the tour of Sri Lanka, Mahmudullah scored a match-winning hundred against New Zealand in the Champions Trophy and helped Bangladesh reach the semifinal, but his return to the Test squad based on ODI form had been unlikely.

Steve Smith’s men will play the two-day tour match against BCB XI on August 22-23 before their Test battle.

Australia and Bangladesh will play the first Test on August 27-31 at Sher-e-Bangla National Cricket Stadium (SBNCS) in Dhaka while the 2nd Test on September 4-8 at Zahur Ahmed Chowdhury Stadium in Chittagong.

As per the Future Tours Programme (FTP), Australia were scheduled to play two Tests and a tour match in Dhaka and Chittagong in October 2015, but the tour was postponed due to security concerns.

Australia have not played in Bangladesh since Ricky Ponting’s team toured here in April 2006 and outside major tournaments, the two nations have played just two ODI series against each other in Darwin in 2008 and Dhaka in 2011.