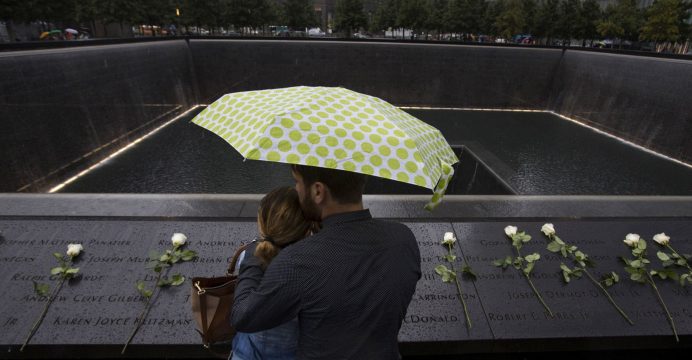 Authorities in New York have identified the remains of a male victim of Al-Qaeda’s September 11, 2001, terror attack on the World Trade Center some 16 years after the incident.

The victim will not be publicly identified at the family’s request, the New York City medical examiner’s office said Monday.

More than 2,750 people were killed when two passenger jets destroyed the Twin Towers, the symbol of New York’s financial wealth and confidence.

The remains usually bone fragments – of 1,641 of the 2,753 people known to have been killed have now been positively identified.

The latest identification was the first in more than two years, the New York Times reported.

“This ongoing work is vital because, with each new identification, we are able to bring answers to families affected by a tremendous loss,” chief medical examiner, Barbara Sampson, told The Times.