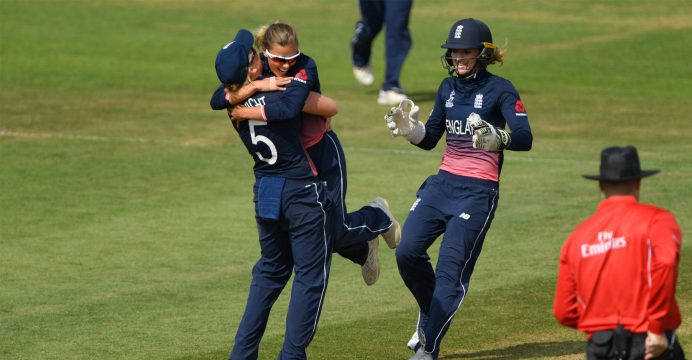 India, set 229 for victory, were on course at 191 for three but Punam Raut’s dismissal for 86 sparked a dramatic collapse.

Anya Shrubsole took five wickets for 11 runs in 19 deliveries as India slumped to 219 all out with eight balls to spare.

India lost their last seven wickets for 28 runs, with pace bowler Shrubsole finishing with six for 46 in 9.4 overs.

Earlier India held England to 228 for seven with veteran pace bowler Jhulan Goswami enjoying an excellent return of three for 23 in 10 overs in an innings where Nat Sciver’s 51 was the top score.