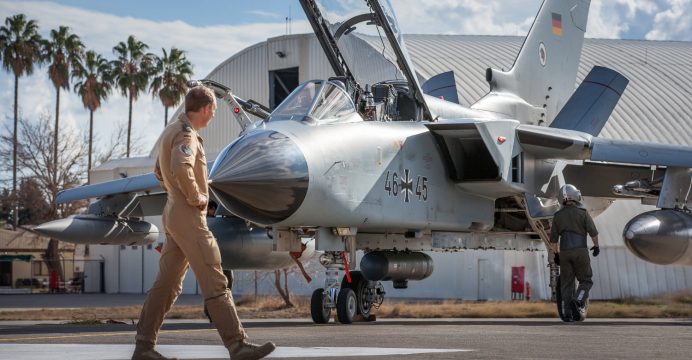 NATO’s Secretary General spoke to the Turkish and German foreign ministers last week to urge them to resolve their differences over visits to Turkish air bases, part of a wider row between the two allies.

German soldiers contribute to a NATO air surveillance mission at Konya, 250 km (155 miles) south of the Turkish capital Ankara, and its troops stationed at another air base, in Incirlik, have already been moved to Jordan.

NATO said Jens Stoltenberg had called Sigmar Gabriel and Mevlut Cavusoglu on Friday to ask them to settle the disputes.

“We hope that Germany and Turkey are able to find a mutually acceptable date for a visit,” a NATO spokesman said.

Germany’s armed forces are under parliamentary control and Berlin says the lawmakers must have access to its soldiers.