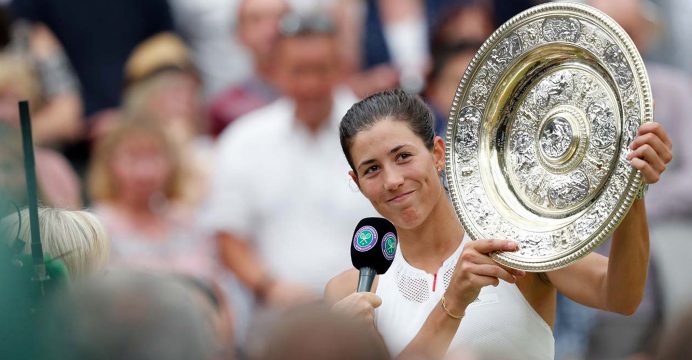 Muguruza overwhelmed Williams with a supreme display of power hitting in 77 minutes on Centre Court to become only the second Spanish woman to win Wimbledon.

Watched from the Royal Box by King Juan Carlos of Spain, the 23-year-old finally got her hands on the Venus Rosewater Dish two years after losing to the American’s sister Serena in her maiden Wimbledon final.

Fittingly, it was Muguruza’s current coach Conchita Martinez who was the first woman to raise the Spanish flag at Wimbledon in 1994 when she defeated Martina Navratilova.

“The first set was tough. We both had a lot of chances. I’m glad I took mine,” Muguruza said.

“Two years ago I lost in the final against Serena and she told me I would win one day. Here I am. Finally!”

Back in the Wimbledon final after an eight-year absence, Williams had hoped to clinch a sixth All England Club title, nine years after she last lifted the trophy.

Instead, she paid the price for a surprisingly nerve-ridden display that condemned her to a second Grand Slam disappointment this year following her Australian Open final loss against Serena. 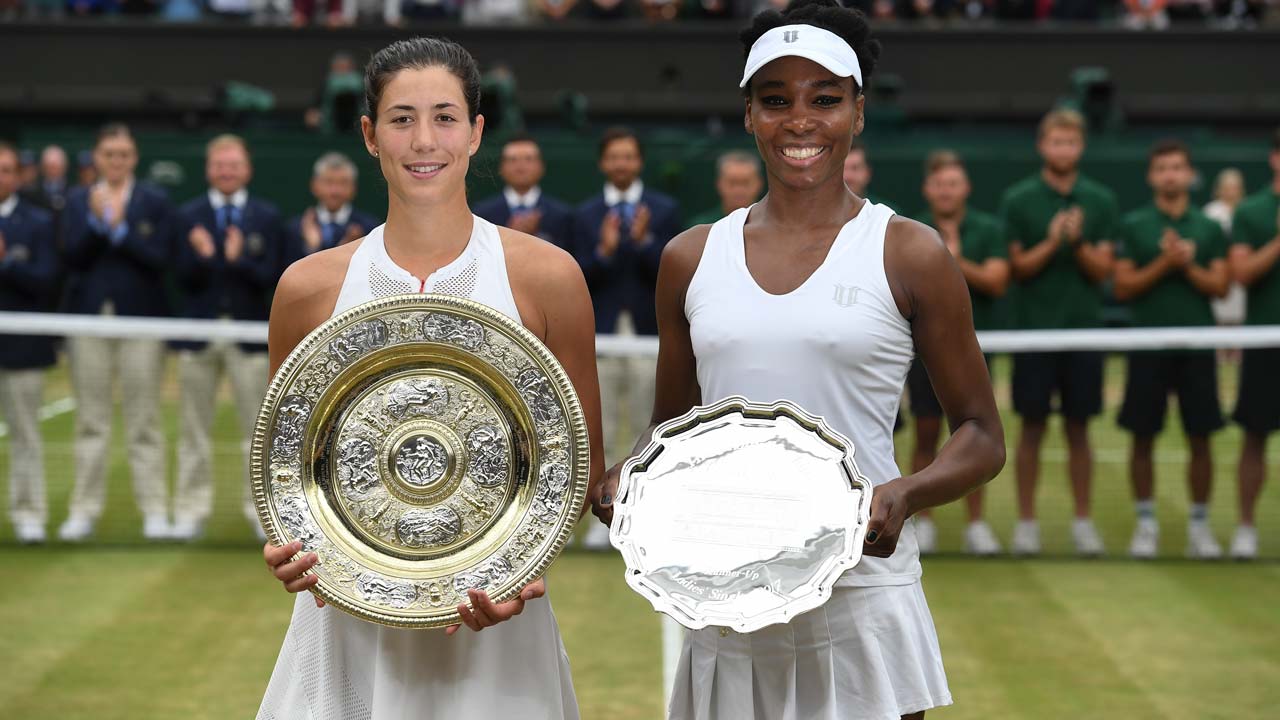 “Congratulations Garbine. I know how hard you work,” Williams said.

“I tried my best to do the things Serena does, but I think there will be other opportunities.”

Since winning her maiden Grand Slam title in Paris, Muguruza had endured something of a sophomore slump as her ranking dropped out of the top 10.

But she has rediscovered her mojo on grass and will climb to fifth when the new rankings are confirmed next week.

With persistent drizzle blanketing the All England Club, Williams and Muguruza were competing in the first Wimbledon final to begin under the roof, watched by a sell-out crowd including Hollywood actress Hilary Swank.

Twenty years ago, Venus admitted she was a bundle of nerves when she made a losing Wimbledon debut against Magdalena Grzybowska and, in her ninth All England Club final, once again there was anxiety coursing through her error-strewn display.

Fortified by a cross-court winner to bring up break point at 3-2, Williams looked poised to seize control, but instead a tame forehand into the net to let Muguruza off the hook.