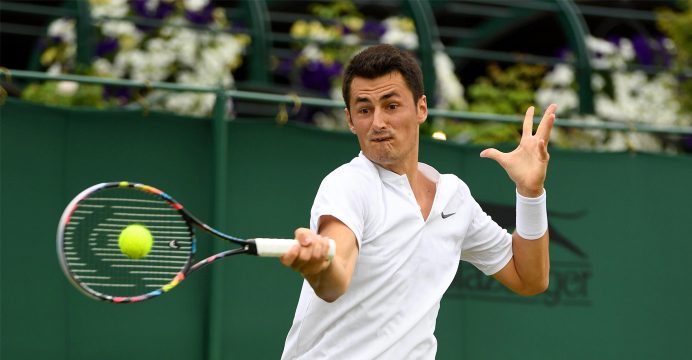 There is only one way to treat petulant players, such as Australia’s Bernard Tomic, who call for a medical time out to treat a fake injury expose them to public humiliation.

That is the theory of Bill Norris, the ATP’s former Director of Medical Services who spent 35 years patching up the broken and sore bodies of top players from Ken Rosewall and Arthur Ashe to Roger Federer and Rafael Nadal.

Tomic was fined $15,000 by the International Tennis Federation on Thursday after admitting he was “bored” and had faked an injury during a listless first-round defeat at Wimbledon.

“This young man (Tomic) not trying in his match at Wimbledon is not a good thing,” Norris, who turns 75 next month, told Reuters in a telephone interview from his home in Boca Raton, Florida.

“If I got called out to court (and realized) some guy just wants to buy time, it is gamesmanship.

“I would say it out really loud so that the umpire and spectators could hear and say (to the player): ‘You called me out for this? That’s very unfair of you and it’s unfair to your opponent’.

“So I would embarrass the player.”