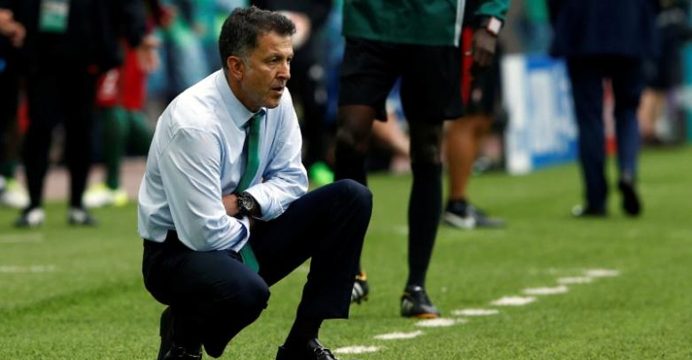 FIFA said on Friday it was suspending Mexico’s football coach Juan Carlos Osorio for six games, saying he directed insulting words at match officials during a game against Portugal.

In addition to the ban, which is effective immediately, Osorio was warned about his conduct and fined 5,000 Swiss francs ($5,183.50), FIFA said.