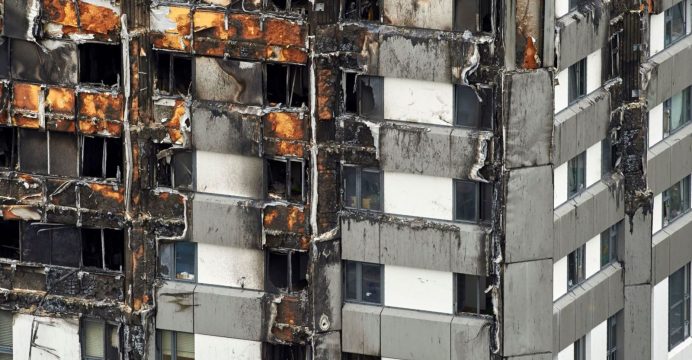 Britain said 27 high-rise apartment blocks had failed fire safety checks carried out after the deadly Grenfell Tower blaze, including several in north London where residents were forced to evacuate amid chaotic scenes late on Friday.

British officials have conducted tests on some 600 high-rise buildings across England after fire ravaged the Grenfell social tower block in west London on June 14, killing at least 79 people in the capital’s most deadly blaze since World War Two.

The Department for Communities said 27 apartment blocks had failed tests, from London in the southeast to Manchester in the north and Plymouth on the southwest coast, reports Reuters.

Prime Minister Theresa May, who was forced to apologize for the government’s initial slow response to the tragedy, said the authorities were now racing to establish what needed to be done.

“In some cases it’s possible to take mitigating action,” she told Sky news. “In others it’s been necessary for people to move out on a temporary basis and that is what happened in Camden last night.”

Some 4,000 residents of the Chalcots Estate in Camden, north London, were told to vacate their apartments on Friday after the Fire Brigade ruled that their tower blocks were unsafe.

Emerging into the streets on a hot night, residents clutched children, pets and small amounts of clothing and food to try to find a bed in a local hotel or with family or friends. Many were directed to inflatable beds laid out on the floor of the local sports hall.