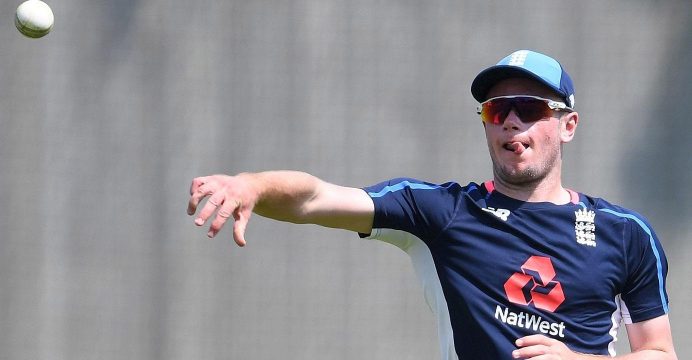 England newcomer Tom Curran believes he can bowl even quicker after taking three wickets on his international debut.

Although he appears slightly-built the Surrey paceman surprised several South Africa batsman with his speed on the way to figures of three for 33 in his maximum allowed four overs in the second Twenty20 international at Taunton on Friday.

And even if his haul could not prevent South Africa winning by three runs to square the three-match series at 1-1 heading into Sunday’s finale at Cardiff, the lively Curran’s return could yet prove to be of greater significance to England than this result.

He also accounted for Chris Morris before a excellent yorker bowled Andile Phehlukwayo for a golden duck.

England captain Eoin Morgan reckoned Curran had got quicker to face and the bowler himself said he was reaping the rewards of some hard work in the off-season.

“Coming out of school I’ve had my first couple of summers with Surrey,” he said. “I’ve bowled a lot of overs and that limited how my pace was.

“But I worked hard in the gym this winter and gathered a yard. So that’s positive.

“You get stronger, you get to know your action a bit more and you’re just developing.

“I’m still only 22 and hopefully as I get older I can put on a couple more yards.”

Curran, the son of the late Zimbabwe all-rounder Kevin, was born in Cape Town, where he played representative schools cricket.

But it was there too that he was ‘spotted’ by former Surrey captain Ian Greig.

The ex-England International’s intervention led to the then 17-year-old Curran playing Second XI cricket for Surrey in 2012 and the following year he made his first-team debut for the London-based club.