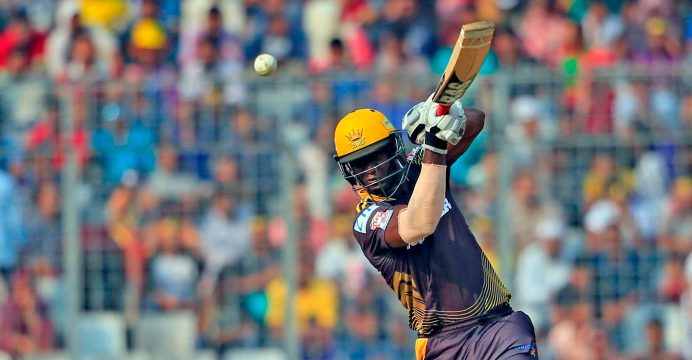 Last year’s Bangladesh Premier League(2016) runners-up team Rajshahi Kings gave their fans something extra to celebrate in the coming Eid festival as they made a smart move to retained the West Indian Stalwart Darren Sammy for the upcoming BPL 2017.

Labeled as the most entertaining team by the fans Rajshahi Kings promises to entertain the cricket lovers of country with their entertaining and fearless brand of cricket, as according to a press release issued on Wednesday by Rajshahi king’s Public Relation Department.

Darren Sammy has been leading from the front on this aspect and brought glory for the team last year. The team management is confident that his inclusion in the team will bring the best out of the local youths who aspire to be in the Bangladesh team in the future.

The franchise is in discussion with some more exciting proposition and is committed to build a competitive team like they did last year. There will be a few surprises both in terms of local and foreign recruits.

In a Statement, the CEO of Rajshahi Kings Tahmeed Azizul Huq said “We urge our fans to support us as they did last year. There support gives us the strength to perform better”.