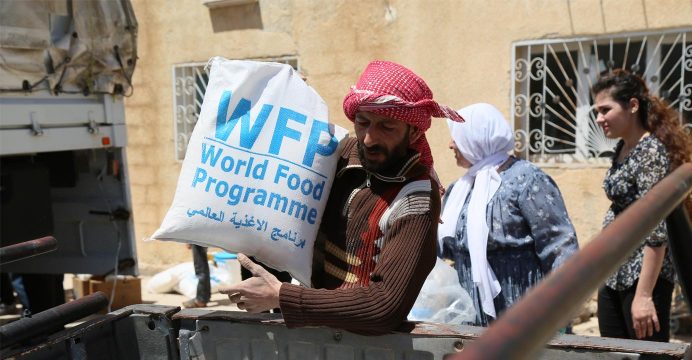 The United Nations World Food Programme (WFP) has delivered food to displaced people in seven hard-to-reach areas in Raqqa and Deir Ezzor governorates in northern Syria, where regular deliveries of humanitarian assistance have been suspended for more than three years due to conflict and besiegement.

“Reaching families displaced in Raqqa and Deir Ezzor with food assistance after three years of isolation is a breakthrough for WFP in Syria,” said Jakob Kern, WFP Representative and Country Director in Syria. “The humanitarian community can now restore a lifeline of support for thousands of families who have endured years of isolation and unspeakable hardship.”

Distributions are ongoing, with plans to continue regular deliveries to reach a total of 185,500 people each month in locations which include Ain Issa, Tabqa, Journiyeh, Tal Abyad, Al-Karama and Suluk in Raqqa governorate, Abu Khashab in Deir Ezzor as well as Mabroka camp in Hassakeh governorate, which hosts displaced people from Raqqa.

Most of Raqqa was taken over by ISIS in 2014. WFP was able to reach the area in March this year for the first time since July 2015. Since March, WFP has provided emergency food assistance to more than 170,000 people in northern Raqqa as well as people who sought shelter in Deir Ezzor governorate and Mabroka camp in Hasakeh.