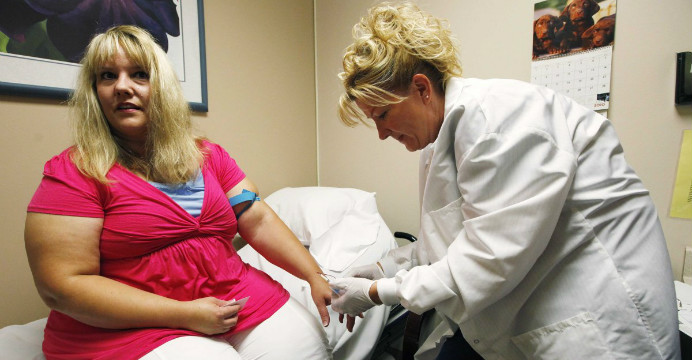 New research presented at this year’s European Congress on Obesity (ECO) in Porto, Portugal (17-20 May) shows that middle-aged people who spend the most nights in hospital (and thus have the highest healthcare burden) have on average much higher levels of visceral fat (internal fat that surrounds their organs) and fat within their thigh muscles than those who spend no nights in hospital. The study is done by Dr. Olof Dahlqvist Leinhard Chief Technology Officer, Advanced MR Analytics AB, Linköping, Sweden.

There are significant economic costs associated with obesity. Yet the consensus definition of obesity, based on body mass index (BMI), lacks detail on precise body composition and distribution of fat compartments within the body. Magnetic resonance imaging (MRI), currently the gold standard for body composition profiling, allows for accurate quantification of body fat content and distribution. 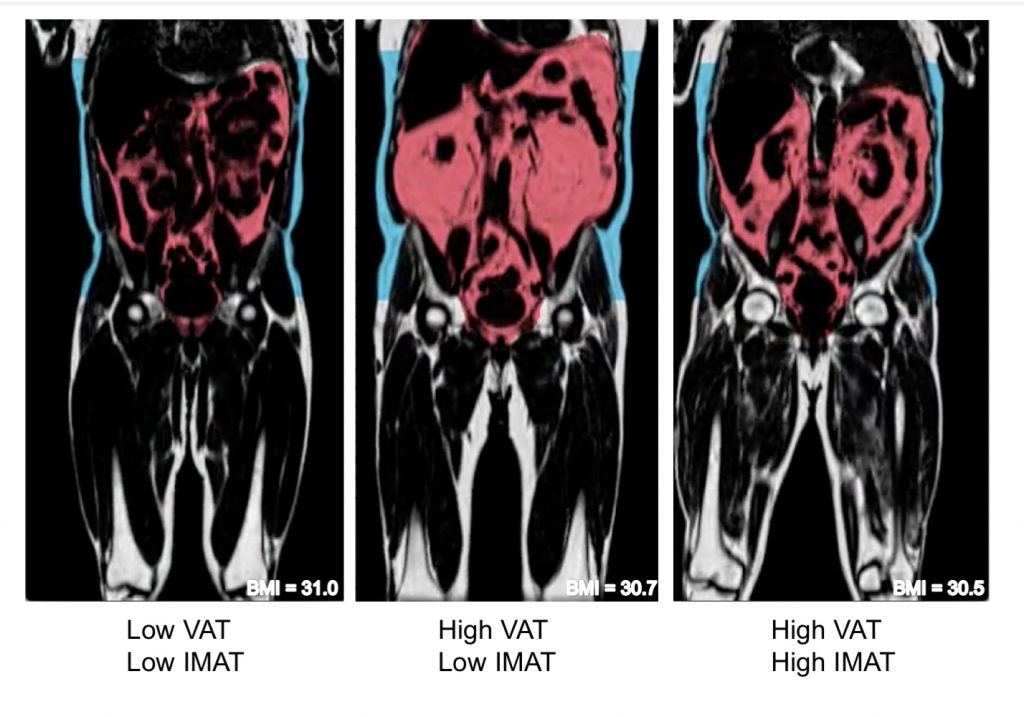 Their theory was that health burden metrics are useful because hospitalization nights are distinct decisions made by a physician indicating a certain severity of the disease. Thus this study aimed to determine the association between body composition measures and prior health care burden (HCB), measured as a number of nights hospitalization, and to characterize subjects with the highest prior HCB.

The MR-images were analyzed using AMRA® Profiler research (AMRA, Sweden). The HCB was derived from UK Biobank hospital in-patient data gathered prior to and during the imaging study. Computer modeling was used to establish the relationships between body fat distribution and HCB.

All models were adjusted for age, sex, smoking, alcohol intake, and physical activity. Finally, body composition was determined for subjects in the 90th percentile of prior HCB (meaning the 10% of participants with the highest HCB) and compared to a group with no hospital nights matched on sex, age, and BMI.

Their data showed that HCB was associated with increased VATi and increased IMAT (both statistically significant). Association with ASATi was not significant. The group with highest prior HCB consisted of 382 females and 292 males, median age at imaging 64 years, who were hospitalized for at least nine nights. Comparing to subjects with no hospital nights, VATi and IMAT in those with the most hospital nights were substantially higher (both statistically significant findings).