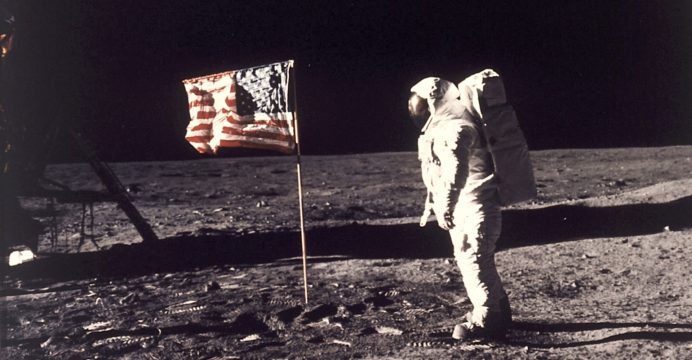 It is a simple, square white bag that traveled to the moon in 1969 on Apollo 11 and carried back to Earth the first sample of lunar material ever collected. That bag could fetch up to $4 million when it goes on the auction block at Sotheby’s New York in July.

The bag – which contains remnants of moon dust and is labeled “LUNAR SAMPLE RETURN” – is a collection pouch used by astronaut Neil Armstrong, the first man to walk on the moon, during the Apollo 11 mission. The bag was used to hold rocks and dust from the lunar region known as the Sea of Tranquility, reports Reuters. 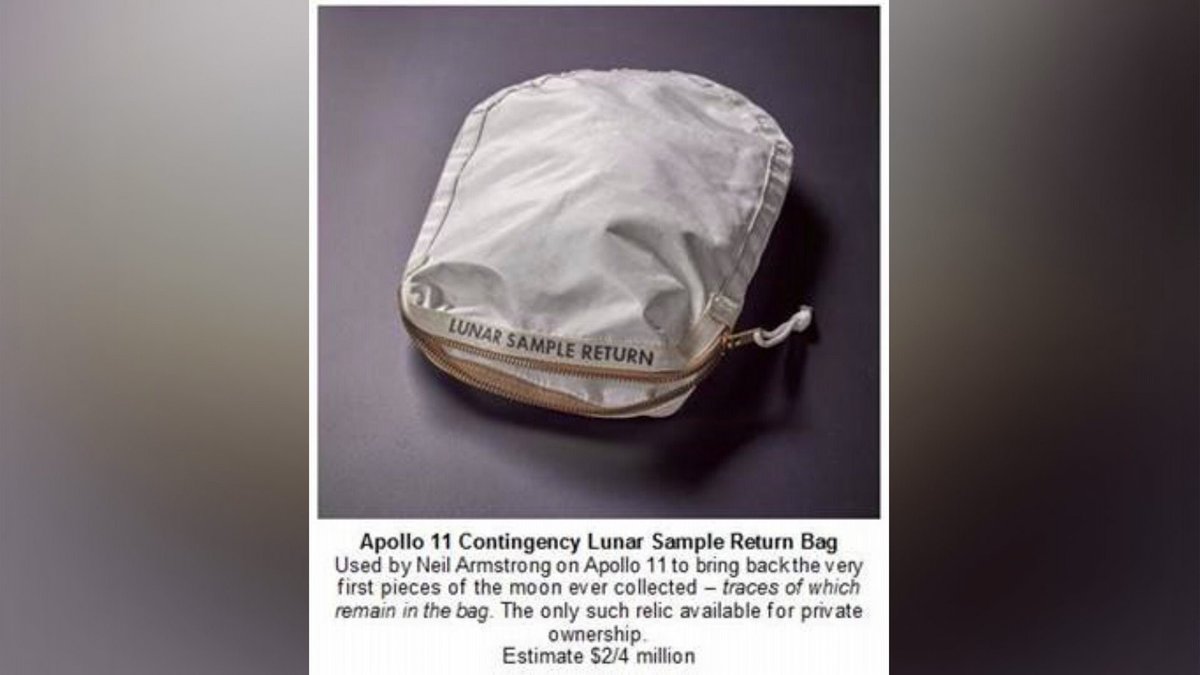 Scheduled for July 20, the 48th anniversary of the Apollo 11 moon landing, the auction will be the first legal sale of such an artifact from the mission, Jim Hull, head of exhibits and artifacts at the National Aeronautics and Space Administration (NASA), said in a telephone interview on Friday.

While there are legal restrictions on sales of material from moon missions, including lunar rocks and dust, it is believed some items have been sold on the black market.

The bag wound up at Sotheby’s after a roundabout journey that included an attempt by NASA to get it back from its current owner.

Apollo 11 blasted off on July 16, 1969, with three astronauts aboard. Four days later, Armstrong and astronaut Edwin “Buzz” Aldrin flew the spacecraft Eagle down to the moon’s surface. As part of the mission, the astronauts gathered lunar samples.

After nearly 22 hours on the moon, Armstrong and Aldrin returned to the lunar module, lifted off and rejoined Michael Collins in the Columbia spacecraft for the journey back to Earth. They landed on July 24 and received a hero’s welcome.

But the collection pouch got mixed up with other sample bags that were never used to hold lunar materials, Hull said.

At one point, the bag was seized the U.S. Department of Justice during an investigation, and then mistakenly auctioned off to its current owner, Chicago-area attorney Nancy Lee Carlson.

Interested in the history of the bag, Carlson sent it to be analyzed by NASA, which confirmed its provenance through testing.

Ownership of both moon rocks or dust and artifacts from lunar missions is generally restricted, Hull said, and upon identifying the bag and finding that it contained remnants of lunar dust, the space agency sought to keep it.

But NASA lost a legal fight to keep the bag, and a U.S. District Court judge ordered it returned to Carlson in February.

Sotheby’s expects the artifact to fetch between $2 million and $4 million, according to an emailed statement. Hull called the bag “invaluable” because it contains lunar dust and was used on such a famous mission.