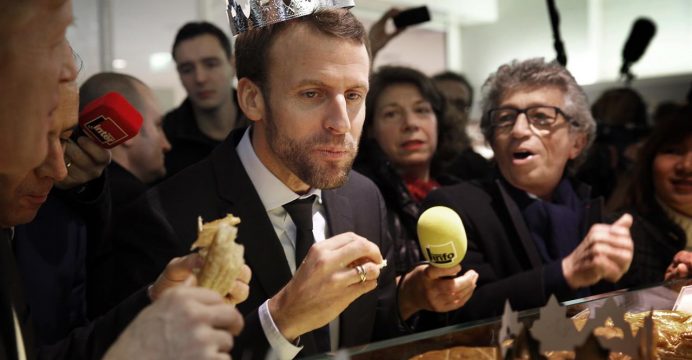 Emmanuel Macron is beginning his first day as French president, with picking a prime minster top of his to do list.

The appointment is crucial for Mr Macron, who needs to do well in next month’s parliamentary elections to push through his planned economic reforms.

Later he will travel to Germany to meet Chancellor Angela Merkel.

The 39-year-old former investment banker and economy minister was inaugurated yesterday in a ceremony at the Élysée Palace.

He promised to convince people that “the power of France is not declining – that we are on the brink of a great renaissance”.

Mr Macron has kept his choice of prime minister a closely guarded secret, but the BBC’s Hugh Schofield in Paris says the candidate most hotly tipped is Édouard Philippe, the mayor of Le Havre.

Mr Philippe is not a member of the president’s new party – La République En Marche – but of the centre-right Republicans.

This is significant, our correspondent says, because it would mean Mr Macron is trying to draw into his camp more leading figures from the conservative opposition.

Presides over the government, but they are not seen as superior to other ministers

Carries out the political programme of the president

Cannot impose will on other ministers, but can ask president to sack them

Can exceptionally replace the president in chairing government meetings

The visit to Mrs Merkel is expected to be a cordial one, with President Macron having strong pro-EU views.

He has said he wants to reform the eurozone, giving it a common budget and its own finance minister, but he will need German backing.

For its part, Germany wants to see France carry out structural changes such as reducing public spending and reforming its rigid labour market.

Mr Macron has promised such reforms as he tries to revive the economy and reduce unemployment, but to realise them his party will need a majority in parliament.