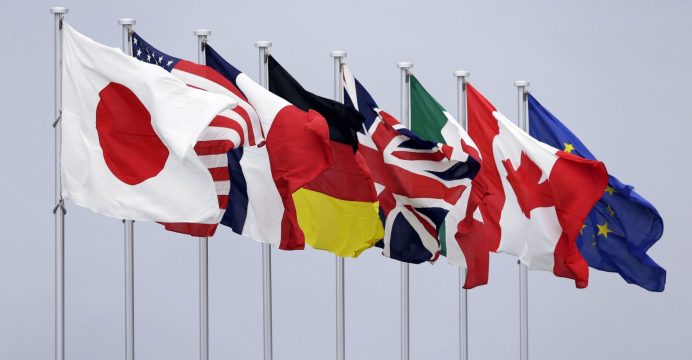 Finance ministers from the United States, Canada, Japan, France, Germany, Italy and Britain, the Group of Seven (G7), are holding two days of talks on the global economy, taxation and terrorist financing in the southern Italian city of Bari, reports Reuters.

Speaking to reporters on the sidelines of the meeting, the official said the tax plan and U.S. trade policies were part of discussions about risks to the global economy.

“That’s in a positive context, but it could have spillovers to the rest of the world, in terms of both positive and negative,” the official said.