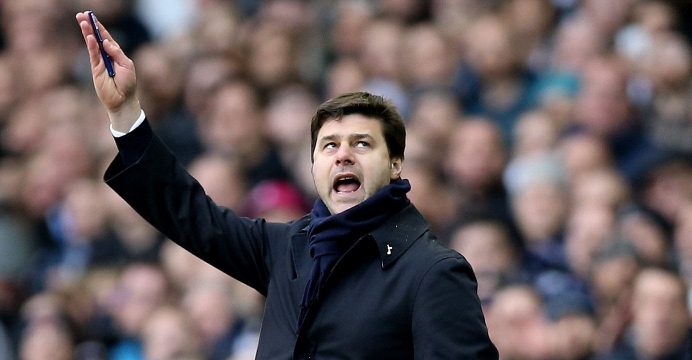 Spurs ready to take the fight to Chelsea, says Pochettino

Mauricio Pochettino claimed Tottenham’s gritty 1-0 win at Crystal Palace showed they were ready to pounce if Chelsea stumble in the title race.

Pochettino’s side closed the gap on leaders Chelsea to four points with five games left after Christian Eriksen’s late strike clinched a victory that looked unlikely for long periods at Selhurst Park on Wednesday.

Well below their best as they struggled to shake off the frustration of last weekend’s FA Cup semi-final loss to Chelsea, it seemed Tottenham were about to squander a chance to keep pace with Chelsea before finally recovering their composure.

It was exactly the kind of pressure-packed situation that was Tottenham’s downfall last season when they allowed Leicester to wrap up the title after briefly threatening to overhaul them.

But Pochettino is convinced the way his team saw off a formidable Palace outfit bodes well for their chances of being crowned champions for the first time since 1961.

“We showed great character and personality after a very disappointing weekend,” Pochettino said.

“It was important to show we are focused and try to fight.

“We are showing we learnt a lot from last season. That is so important.

“We were fantastic last season and it was a big challenge to improve
again.