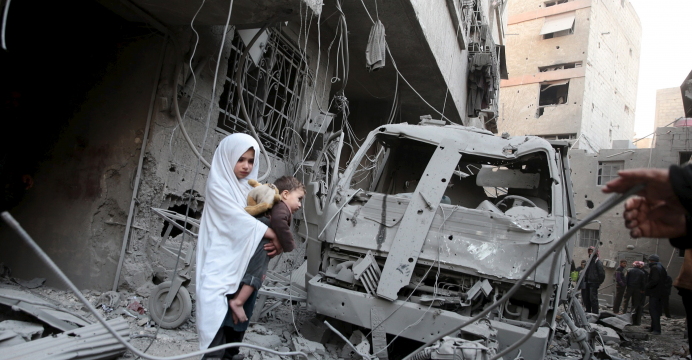 Syrian or Russian air strikes killed more than a dozen people and severely damaged a hospital in and around a town in rebel-held Idlib province on Tuesday, local medical workers and a monitoring group said.

The attacks came as Syria’s air force and Russian jets intensified their bombardment of Idlib, the British-based Syrian Observatory for Human Rights reported.

Idlib is an insurgent stronghold, one of the few large areas still under rebel control in the west of the country. Rebels and their families who have chosen to leave areas under government siege around Damascus in evacuation deals have headed for Idlib, reports Reuters.

A spokesman at the hospital in Kafr Takharim in Idlib told Reuters an air strike hit its courtyard killing 14 people, including patients.

The Observatory said there were no deaths from the hospital strike, but that the bombardment had put it out of action.