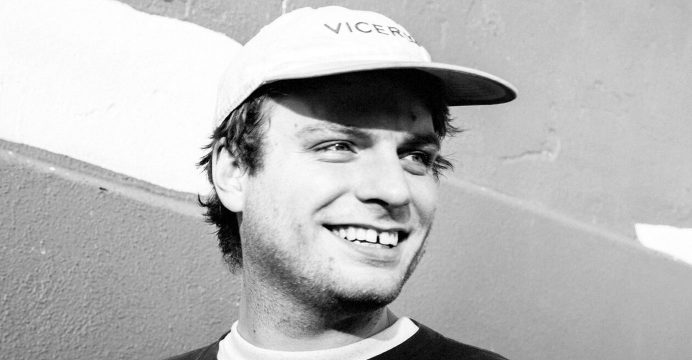 For most artists playing Coachella days before a new album, the premier festival would be an obvious place to plug the upcoming release. Mac DeMarco is different.

The Canadian indie rocker, whose third album “This Old Dog” comes out on May 5, matter-of-factly told the crowd as he “debuted” new songs under the hot desert sun that he imagined some had already heard them through leaks.

“I don’t care,” DeMarco told AFP later, sipping a beer in his ripped jeans and casually sprinkling profanities into his speech, when asked whether he wanted anyone to buy the album.

“A kid actually sent me 10 bucks on this app and the memo said, like, ‘I listened too early.’ And I don’t have the app to accept his money.”

DeMarco’s carefree demeanor extends to his musical style. Sometimes described as part of a subgenre of “slacker rock,” he exudes nonchalance with songs whose mellow arrangements disguise undertones of melancholy.

Despite his persona, he is no musical slouch. He plays every instrument in the studio and has a quickly recognizable lo-fi sound — honed on his last full-length album, 2014’s “Salad Days” — with a gentle reverb on his guitar enveloping the melody.

“This Old Dog” preserves DeMarco’s trademarks but turns more to acoustic guitar. As he wrote the album, DeMarco said, he was listening to folk rock greats Paul Simon and James Taylor — but also Japanese early-generation synthesizer music, which he sampled on “Salad Days,” giving his sound an occasional psychedelic air.