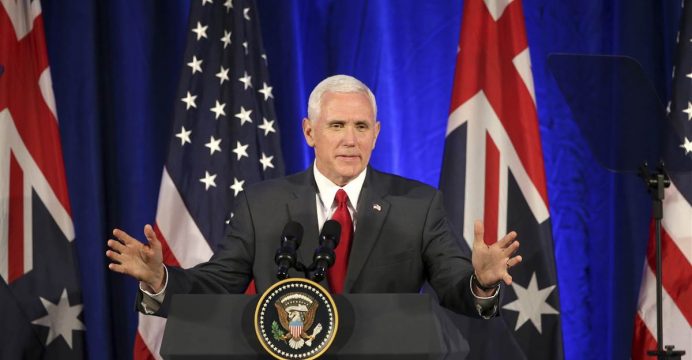 Pence told a joint news conference with Australian Prime Minister Malcolm Turnbull that the deal would be subject to vetting, and that honoring it “doesn’t mean that we admire the agreement”.

“We will honor this agreement out of respect to this enormously important alliance,” Pence said at Turnbull’s harbor side official residence in Sydney, reports Reuters.

Australia is one of Washington’s staunchest allies and has sent troops to fight alongside the U.S. military in conflicts in Iraq and Afghanistan.

The White House has already said it would apply “extreme vetting” to those asylum seekers held in the Australian processing centers seeking resettlement in the United States.