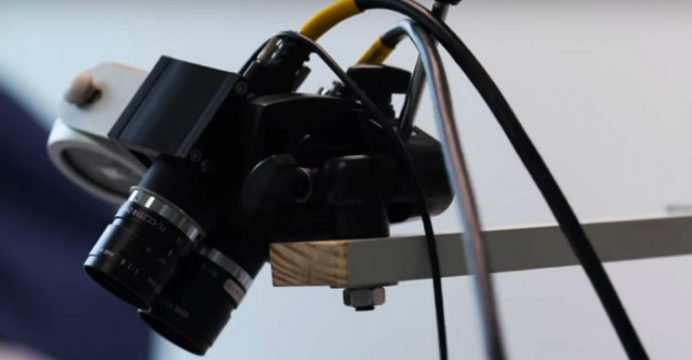 Swiss researchers said on Monday they have developed a wireless camera system to monitor vital signs in premature babies, a move that could replace uncomfortable and highly inaccurate skin sensors.

The skin sensors currently used to monitor vital signs in babies born prematurely generate false alarms in up to 90 percent of cases, mainly set off by the baby’s movement, reports BSS.

“This is a source of discomfort for the babies because we have to check on them every time,” Jean-Claude Fauchere, a doctor at University Hospital Zurich’s neonatal clinic, explained in a statement.

“It’s also a significant stress factor for nurses and a poor use of their time — it distracts them from managing real emergencies and can affect the quality of care,” he added.

His hospital is preparing to begin tests of a new, contactless system created by researchers at the EPFL polytechnical university in Lausanne and at the Swiss Center for Electronics and Microtechnology, CSEM, in Neuchatel, the two schools said in a statement.

The system should allow premature babies kept warm in neonatal incubators to be medically monitored using highly sensitive cameras that detect the newborn’s pulse by detecting and analyzing its skin color, which changes ever so slightly every time its heart beats.

“Breathing is monitored by measuring movements of its thorax and shoulders. At night, infrared cameras take over, which means that monitoring can be carried out non-stop,” the statement said.

The optical system was designed by CSEM researchers, who chose cameras sensitive enough to detect minute changes in skin color, while the EPFL researchers designed algorithms to process the data in real time, it said.

“We ran an initial study on a group of adults, where we looked at a defined patch of skin on their foreheads,” EPFL Ph.D. student Sibylle Fallet said in the statement.

“With our algorithms, we can track this area when the person moves, isolate the skin pixels and use minor changes in their color to determine the pulse,” she said, adding that “the tests showed that the cameras produced practically the same results as conventional sensors.”

Once the system has been extensively tested on premature babies, it could one day replace skin sensors altogether, the schools said.

“In addition to cutting down on false alarms, it would also be more comfortable for the babies,” the statement said.