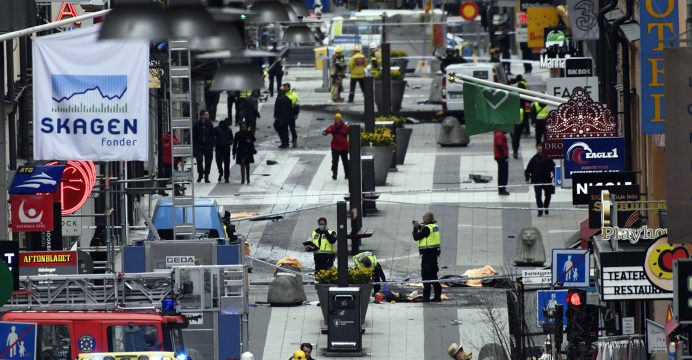 A 39-year-old Uzbek man being held in custody is the suspected driver of a hijacked beer delivery truck that ploughed into crowds in central Stockholm, killing four people and wounding 15 in an apparent terror attack, police said on Saturday, reports Reuters.

The man, previously known to Swedish intelligence services as a marginal figure with no clear links to extremist groups, is suspected of mowing down pedestrians on a busy shopping street and smashing through a store front on Friday.

“Nothing indicates that we have the wrong person, on the contrary, suspicions have strengthened as the investigation has progressed,” Dan Eliasson, head of Sweden’s national police, told a news conference on Saturday. 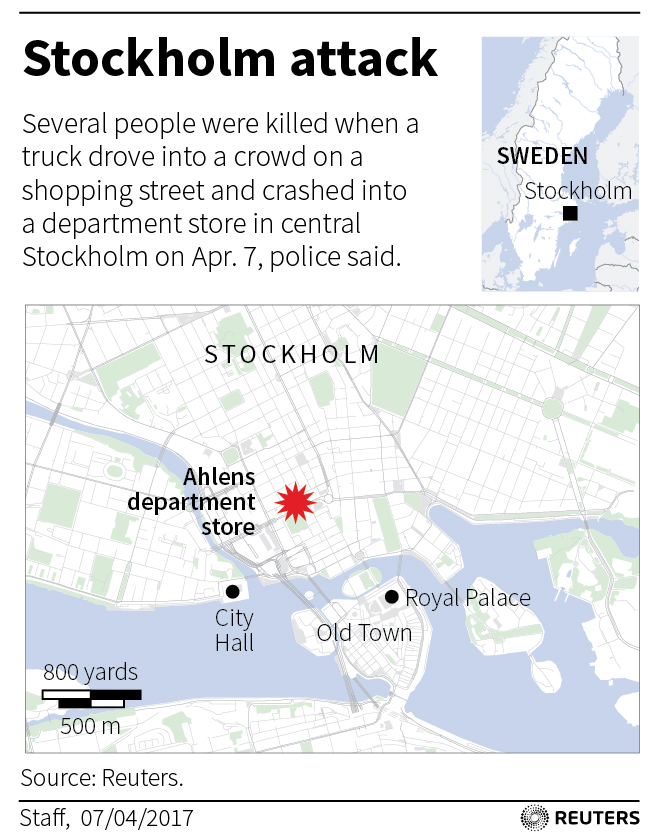 The man, detained on Friday night on terrorism charges after the attack in the heart of the capital, appeared to have acted alone but “we still cannot rule out that more people are involved,” he said.

The suspect, from the central Asian republic of Uzbekistan, will be represented by a court-appointed lawyer, Johan Eriksson, national news agency TT said. Police did not name the detainee and said he had seemed peripheral in intelligence reports.

“We received intelligence last year, but we did not see any links to extremist circles,” Sapo security police chief Anders Thornberg said. 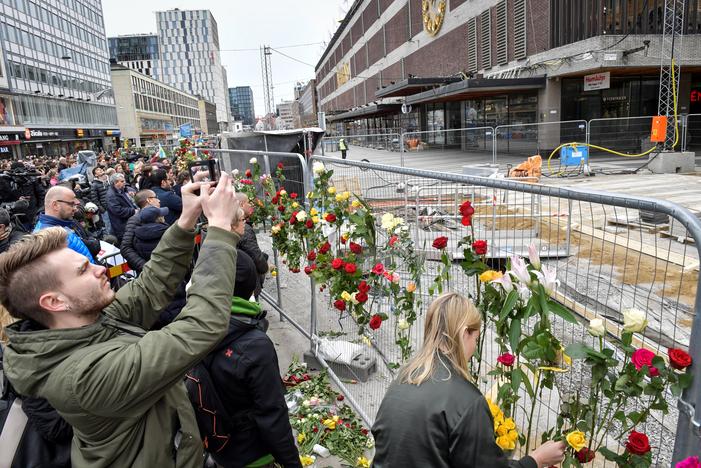 People gather near the crime scene, near Ahlens department store.

Eliasson said there were “clear similarities” to an attack last month in London in which six people died, including the assailant who drove a hired car into pedestrians on a bridge.

Vehicles have also been used as weapons in Nice and Berlin in the past year in attacks claimed by Islamic State.

There was no immediate claim of responsibility for the attack in Sweden, which until now had been largely immune from major attacks and where many take pride in an open, democratic society.

“I think it was just a matter of time, but still one doesn’t think it will happen,” Cecilia Hansson, a 25 year-old nurse, said. “It’s still unreal when it happens this close.” 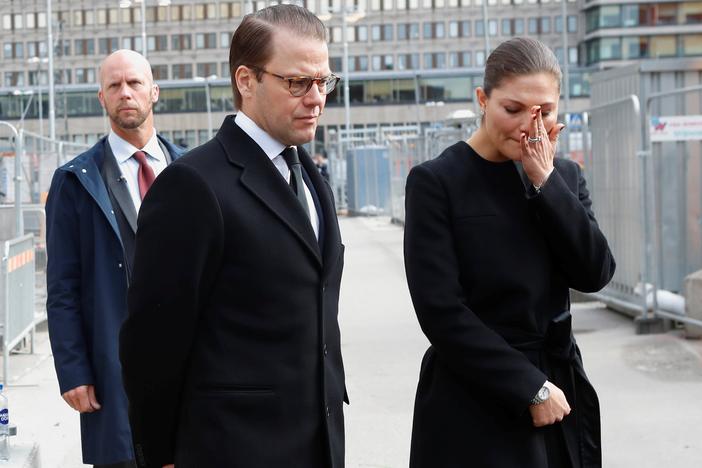 Victoria, Crown Princess of Sweden and Prince Daniel lay flowers at a fence at the scene of a truck attack near the Ahlens department store.

Police said they had found a suspicious device in the vehicle, which ended up rammed into the Ahlens department store, but said they did not yet know if it was a homemade bomb, as reported by public broadcaster SVT.

Local authorities in Stockholm, where flags flew at half mast on buildings including the parliament and royal palace, said 10 people including a child were still being treated in hospital, with two adults in intensive care.

Sweden will hold a minute’s silence at midday (1000 GMT) on Monday to mourn the dead. Police said they were maintaining a heightened presence, fearing copycat attacks.