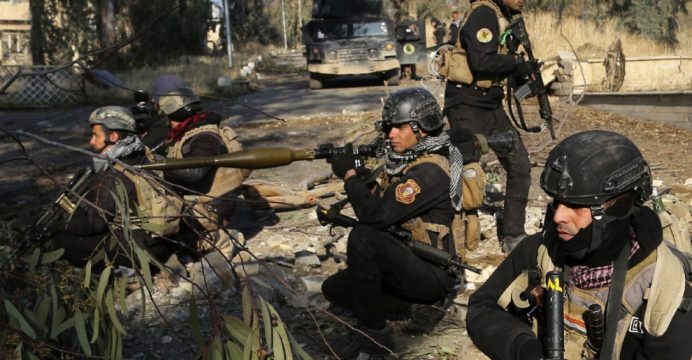 Iraqi government forces paused in their push to recapture western Mosul from Islamic State militants on Saturday because of the high rate of civilian casualties, a security forces spokesman said.

The halt was called as the United Nations expressed its profound concern over reports of an incident during the battle on March 17 that killed or wounded dozens of people in the Islamic State-held al-Jadidah district of Mosul, apparently involving air strikes by Iraqi or U.S.-led coalition forces, reports Reuters.

“We are stunned by this terrible loss of life,” Lise Grande, the humanitarian coordinator for Iraq, said in a statement.

The U.S. military said on Saturday that a review determined that at the request of Iraqi security forces, U.S.-led coalition struck Islamic State fighters and equipment “at the location corresponding to allegations of civilian casualties.”

U.S. Central Command, which oversees U.S. military operations in the Middle East, said in a statement that it took the allegation seriously and that it is conducting a formal investigation “to determine the facts surrounding this strike and the validity of the allegation of civilian casualties.”

The exact cause of the collapses was not clear but a local lawmaker and two residents said the air strikes may have detonated an IS truck filled with explosives, destroying buildings in the heavily-populated area.

Reports on the numbers of civilian casualties have varied but Civil Defence chief Brigadier Mohammed Al-Jawari told reporters on Thursday that rescue teams had recovered 40 bodies from collapsed buildings.