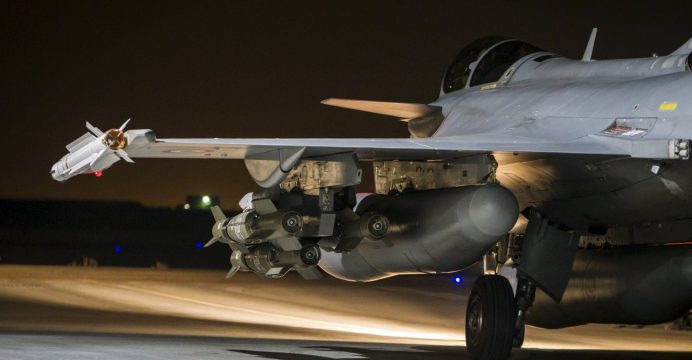 At least 33 people were killed in an air strike that hit a school sheltering displaced people near the Islamic State-held city of Raqqa, a group that monitors the war in Syria said on Wednesday.

The Syrian Observatory for Human Rights said it believed the strike was carried out by the U.S.-led coalition against Islamic State, reports Reuters.

Observatory activists had counted at least 33 bodies at the site near the village of al-Mansoura, west of Raqqa, Observatory Director Rami Abdulrahman told Reuters. The air strike took place on Monday night, he said.

The U.S.-led coalition has escalated its aerial campaign against the militant group around Raqqa this month, causing numerous civilian casualties, Abdulrahman said.

The nearest Islamic State installation to the site of the air strike was a religious school 3 km (1.9 miles) away, he said.