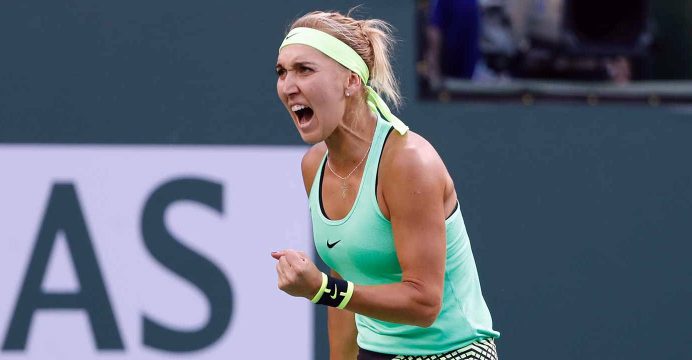 Elena Vesnina survived a battle of attrition and nerves to beat fellow Russian Svetlana Kuznetsova 6-7(6) 7-5 6-4 in the BNP Paribas Open final on Sunday and secure the biggest title of her career, reports Reuters.

The win marked by far the biggest title of Vesnina’s career and will boost the 30-year-old to 13th in the world rankings, surpassing her current career-high of 15th reached last month.

Vesnina stared defeat in the face, down 4-1 in the second set before reeling off four consecutive games after starting to play more aggressive in an effort to keep the points short and conserve energy.

“I was playing a bit more free when I was down in the score and I think Svetlana got a bit tight on some moment and I saw that and I just took my chances,” Vesnina, whose previous WTA titles came at Eastbourne and Hobart in 2013, said in a courtside interview. 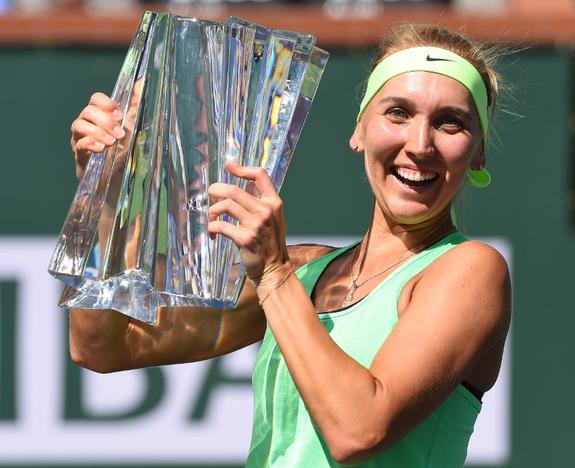 “I was trying to get rest. My dad (and coach Sergey) said ‘come to the net, put pressure on her’ and it worked.”

The 14th seed collapsed to the court with a mixture of ecstasy and exhaustion after the final point, before the combatants hugged at the net.

Neither player served particularly well. There were 16 breaks in the 34 games and Vesnina dropped serve seven times, but that was better than her opponent, and proved to be the difference.

For Kuznetsova, who was making her third appearance in the Indian Wells final and first since 2008, the result will leave a bitter taste as she was seeking to shed her reputation as player who struggles to close the deal in big matches.

Vesnina, on the other hand, was overjoyed.

“I cannot believe to be honest, to win such a big title against such a great player,” Vesnina said.