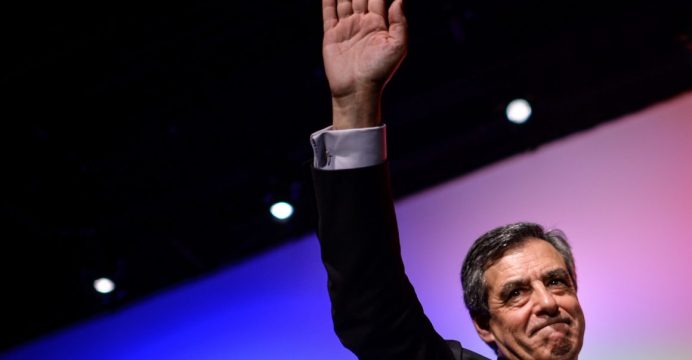 Three quarters of French voters want conservative candidate Francois Fillon to pull out of the presidential race, an opinion poll by Odoxa showed on Friday, underscoring how badly has image has been hit by a series of financial scandals.

The former prime minister was placed under formal investigation on suspicion of misusing public funds after allegations surfaced that he paid his wife and children hundreds of thousands of euros of taxpayers money for fake jobs, reports Reuters.

The fraud investigation has been widened to include luxury suits he received as gifts, a judicial source said on Thursday.

Once a frontrunner in the French presidential election, 63-year-old Fillon has steadily lost ground since January to his main rivals, far-right leader Marine Le Pen and independent centrist Emmanuel Macron. Polls project that he will be eliminated in the first round of voting on April 23.

The poll showed nearly nine voters out of every 10 think Fillon is not honest, and about three quarters of them say he is neither “convincing” nor “close to their concerns.”

The poll conducted for France Info radio was carried out online on Wednesday and Thursday among 1,006 people.