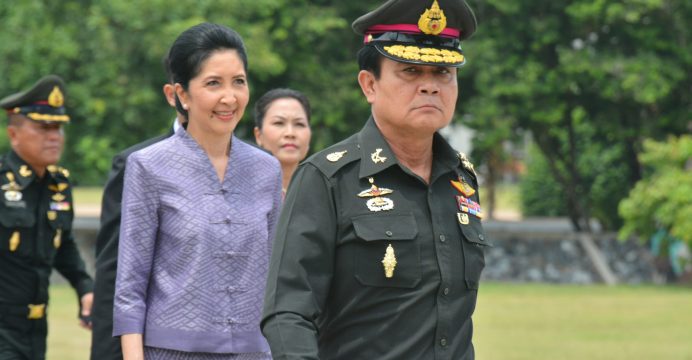 A Thai activist who made fun of one of junta leader Prayuth Chan-ocha’s ballads on Facebook was charged on Tuesday with cyber crime for publishing material critical of the government.

Veera Somkwamkid was charged with “importing false computer data” for a post saying most Thais lacked confidence in the military government, which took power in a 2014 coup in the name of ending more than a decade of political unrest.

Veera’s post had been based on a tongue-in-cheek survey he carried out online as to which of the promises in the junta theme song “Returning Happiness to Thailand” had been kept , reports Reuters.

Pledges in the stirring song, penned by Prime Minister Prayuth, include: “We’ll do as promised”, “We won’t need long”, “The beautiful land will return”, “We will be honest” and “We would like to return happiness to you all”.

Most participants in the survey said “None of the Above”.

Veera, chairman of the People’s Rights and Liberty Protection Group, denied all charges. He could face up to three years in jail, but was released on bail.

His post was in response to a series of polls by Thai survey institutions that showed strong support for the military government, Veera said.

“I insist that my post was published according to my rights and liberty to ask people’s opinion,” he told reporters after hearing his charge at a cyber police division.

Prayuth has written several ballads since taking power. Filled with emotion, they get frequent play on state radio and are sung by an army chorister rather than the prime minister himself.

The government has made increasing use of cyber laws against critics.

“The government should be more open,” said Weerawat Somnuek, of Thai legal watchdog group iLaw. “They should start allowing people to say more and start listening to people.”