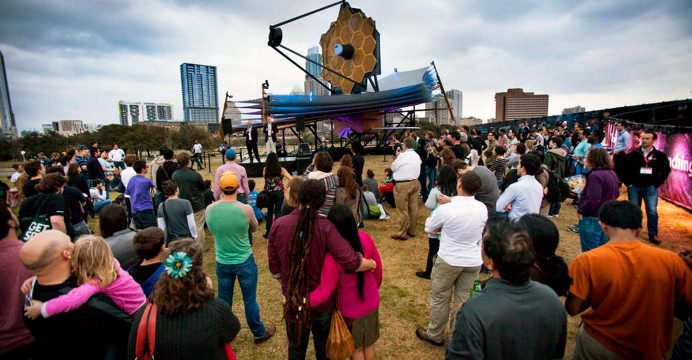 Experts from across the agency will participate in several thought-provoking panel discussions at the Interactive Festival on topics ranging from Humans, Robots and Microbes to Dark Energy and Exoplanets to NASA’s next Great Observatory, the James Webb Space Telescope.

In addition to the panels, visitors to SXSW can “Experience NASA” at the agency’s Tradeshow exhibit in booth 729 at the Austin Convention Center. Learn about how to collaborate with NASA on citizen science projects, participate in NASA prizes and challenges, and get the latest information on exciting NASA missions and spacecraft. Missions and programs presenting at SXSW will provide updates from their sessions via their mission social media accounts.