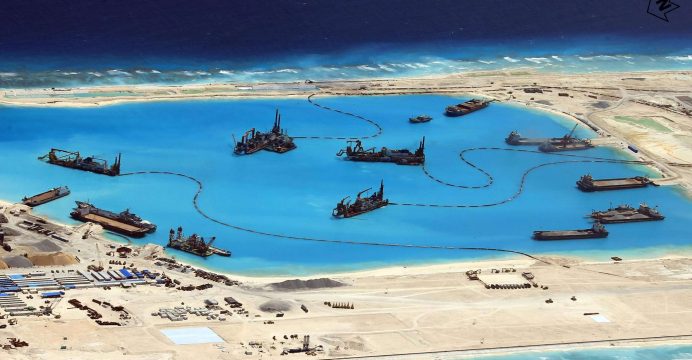 Vietnam demanded on Monday that China stop sending cruise ships to the South China Sea in a response to one of Beijing’s latest steps to bolster its claims in the strategic waterway.

A Chinese cruise ship with more than 300 passengers visited the disputed Paracel Islands earlier this month. “Those actions have seriously violated Vietnam’s sovereignty over the Paracel Islands and international law.”

China claims 90 percent of the potentially energy-rich South China Sea. Brunei, Malaysia, the Philippines, Vietnam and Taiwan lay claim to parts of the sea, through which passes about $5 trillion of trade a year.

Countries competing to cement their rival claims have encouraged a growing civilian presence on disputed islands in the South China Sea. The first cruises from China to the Paracel islands were launched by Hainan Strait Shipping Co in 2013.