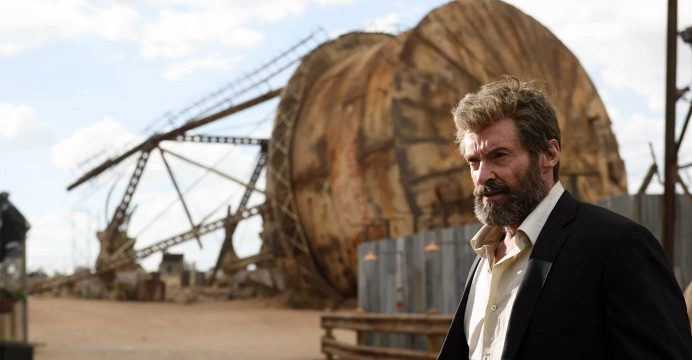 The “X-Men” spinoff “Logan” — starring Hugh Jackman as the metal-clawed, mutant anti-hero Wolverine — dominated the box office in its opening weekend with a huge $88.4 million, according to data released Monday.

Aimed at a more adult audience, it is the first R-rated outing in the “X-Men” franchise, which began in 2000 and has so far clocked up $4.4 billion in box office revenue.

More of a blood-spattered road movie than a traditional superhero film, it follows Wolverine/Logan as he undertakes one final mission: to protect a young girl who has powers remarkably like his own and is being pursued by dark forces.

Dropping to the runner-up spot in its second week was social horror-thriller “Get Out,” which has been the surprise hit of the year, taking $28.2 million, said box office tracker Exhibitor Relations.

Jordan Peele’s directorial debut — he is half of the comedy duo “Key and Peele” follows an African American (Daniel Kaluuya) who goes with his white girlfriend (Allison Williams) to meet her family for the first time, but quickly realizes something sinister is afoot at their country estate.

The smart satire cost $4.5 million to produce and has already taken $78 million worldwide, with a tiny domestic drop of just 15 percent from its debut weekend, which is virtually unheard of in the horror genre.

Debuting in third place with $16.2 million was “The Shack,” based on a Christian-oriented novel by Canadian author William Young about a grieving man’s spiritual journey after his child dies.

Featuring the voice of Will Arnett as the caped crusader, the Warner Bros spinoff of the “The Lego Movie” follows Batman as he tries to save Gotham City from being taken over by the Joker, voiced by Zach Galifianakis.

Lionsgate’s “John Wick: Chapter 2” came in fifth with $4.8 million in revenue for a four-week total of $82.9 million.

The thriller stars Keanu Reeves as a hitman forced out of retirement in order to repay a debt to a fellow hired killer with whom he has signed a blood oath.