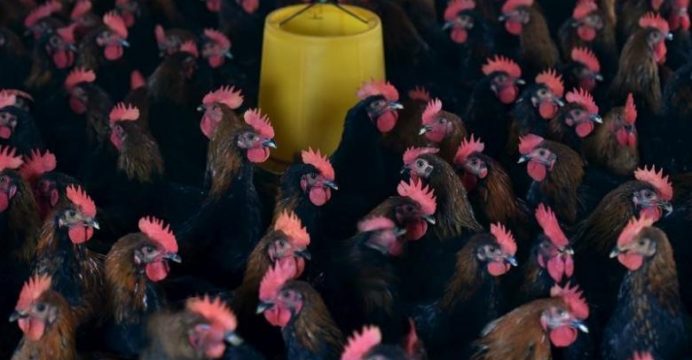 Britain had detected bird flu on premises in eastern England

Britain said on Friday it had detected bird flu on premises in eastern England during routine checks carried out following the confirmation of the virus at a nearby farm.

The Department for Environment, Food & Rural Affairs (Defra) said the virus had been detected on the separate premises after a confirmed case of H5N8 avian flu was found at a poultry farm near Redgrave in Suffolk, reports Reuters.

Defra said the UK’s Deputy Chief Veterinary Officer had said the proactive culling of around 55,000 birds would take place to prevent the spread of the virus which has been found in wild and farmed birds in the UK since December 2016.

A 3-km (1.9-mile) protection zone and a 10-km surveillance zone was already in place in the area, and the authorities say the virus posed a very low risk to humans and no food safety risk.