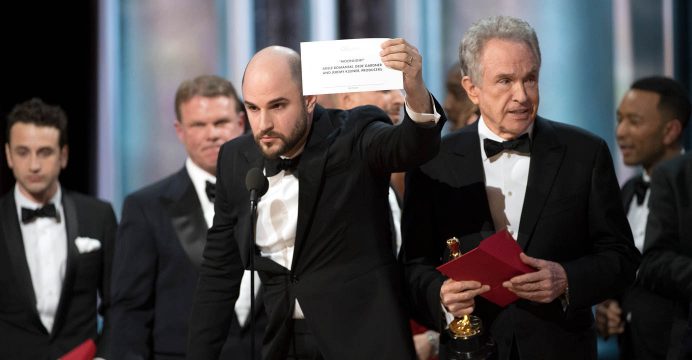 The two accountants found at fault for botching the climactic announcement of the winner for best picture at the Academy Awards have been officially declared unfit for any future Oscar duty, organizers of the ceremony said on Wednesday.

Brian Cullinan and Martha Ruiz, blamed for the envelope mix-up that led “La La Land” to be being erroneously named best film before “Moonlight” was declared the actual winner, are still employed as partners of the prestigious accounting firm PricewaterhouseCoopers (PwC), a company spokesman said.

But the pair will no longer be permitted to tabulate Oscar votes or hand out envelopes containing winners’ names at Hollywood’s most highest honors, a spokesperson for the Academy of Motion Picture Arts & Sciences said.

PwC, the overseer of Oscar balloting for 83 years, had earlier taken full responsibility for Sunday’s unprecedented gaffe, which stunned the star-studded Dolby Theatre crowd in Hollywood and a live television audience of millions worldwide. 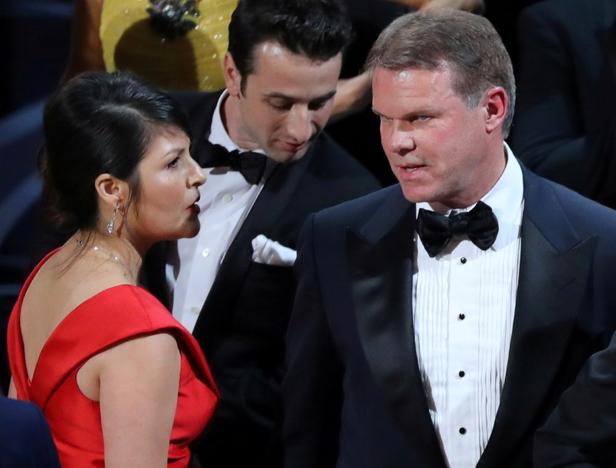 Beatty, admittedly befuddled at seeing the card he pulled from the envelope, hesitated for several moments before handing it to Dunaway, who immediately announced “La La Land” as the winner.

The “La La Land” cast and producers were already on stage giving acceptance speeches when the mistake was recognized, leaving it to the musical’s producer, Jordan Horowitz, to interrupt the proceedings with the announcement that “Moonlight” really had won.

“Once the error occurred, protocols for correcting it were not followed through quickly enough by Mr. Cullinan or his partner,” the accounting firm said in a statement.

Cullinan was found to have posted a now-deleted backstage photo of Emma Stone on Twitter just after she won her Oscar minutes before the mix-up — a departure from official duties widely seen as likely to have distracted him.

By tradition, two sets of sealed envelopes containing the names of all 24 Oscar winners are held by two PwC accountants on opposite sides of the stage, to be handed out to the respective presenters as each category is announced. The two accountants also are supposed to memorize the winning names.

A day after the incident, the Academy apologized to all affected, including presenters Beatty and Dunaway, and said it will “determine what actions are appropriate going forward.”