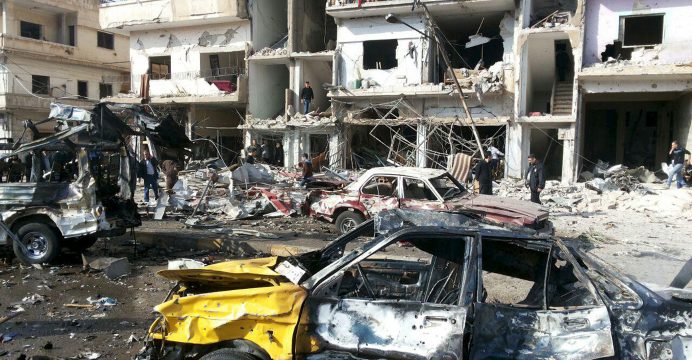 An Islamic State car bomb killed more than 50 people on Friday in a Syrian village held by rebels, a war monitor said, a day after the jihadist group was driven from its last stronghold in the area.

The blast in the village of Sousian hit a security checkpoint controlled by rebels fighting under the Free Syrian Army (FSA) banner, reports Reuters.

The Syrian Observatory for Human Rights, a monitor of the war based in Britain, said more than 50 people died including over 30 civilians. Two rebels contacted by Reuters put the total death toll at least 40.

One of the two, a fighter with the Sultan Murad Brigade near al-Bab, said: “It was done on a checkpoint but there were a lot of families there gathered and waiting to get back to al-Bab. Therefore we have many civilian casualties.”

The Turkey-backed rebels drove Islamic State from the town of al-Bab on Thursday, following weeks of street battles near where Ankara wants to establish a safe zone for civilians.

Turkey’s military said on Friday that Syrian rebels had taken full control of all of al-Bab, and that work to clear mines and unexploded ordnance was under way.

Sousian is behind rebel lines about 8 km (5 miles) northwest of al-Bab, around which Ankara has long supported the formation of a security zone it says would help to stem a wave of migration via Turkey into Europe.