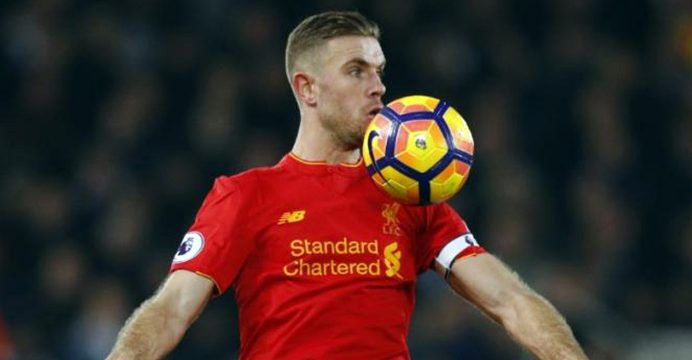 Liverpool will seek atonement for their wretched form this year by fulfilling manager Juergen Klopp’s dream of winning all of their remaining Premier League matches this campaign, captain Jordan Henderson has said.

Klopp said prior to Liverpool’s 2-0 win over Tottenham Hotspur on Saturday that he “dreamed of 14 consecutive league victories”, while Henderson hosted a clear-the-air meeting with his team mates to arrest the club’s recent slide last week.

“That is the aim. From day one we’ve said the aim is to win every game. Sometimes it is not possible but that’s our aim and our aim is to do that from now until the end of the season,” Henderson told British media.

The Merseyside club’s victory over Spurs at Anfield not only marked their first league win of the year but was also just their second victory in 11 games.

“As players, we take the responsibility as we feel as though we have let ourselves down, the manager down and the fans down,” the England midfielder added ahead of the side’s departure for a mid-season break in La Manga, Spain.

“Putting in that performance doesn’t make up for it but it is a start and a step in the right direction. Now we have to build on that and keep going.

“We have fantastic quality in the team, great mentality and great character but it is no good me saying that; it is up to us to show that from now until the end of the season.”

Liverpool, who are fifth in the table, 11 points behind leaders Chelsea, have an extended break before they travel to 17th-placed Leicester City on February 27.