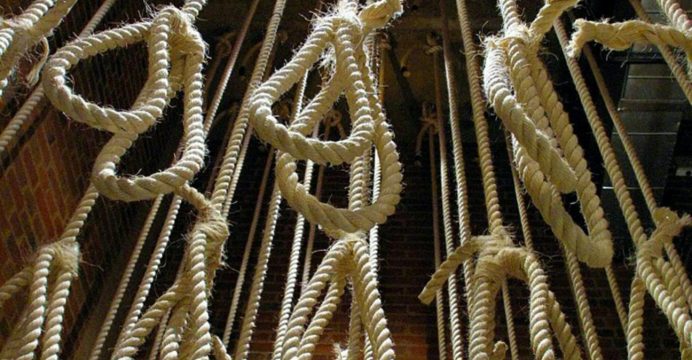 The Syrian government has executed up to 13,000 prisoners in mass hangings and carried out systematic torture at a military jail near Damascus, rights watchdog Amnesty International said on Tuesday.

Amnesty said the executions took place between 2011 and 2015, but were probably still being carried out and amounted to war crimes. It called for a further investigation by the United Nations which produced a report last year with similar accusations, reports Reuters.

Syria’s government and President Bashar al-Assad have rejected similar reports in the past of torture and extrajudicial killings in a civil war that has claimed hundreds of thousands of lives.

The Amnesty report said an average of 20-50 people were hanged each week at the Sednaya military prison north of Damascus. Between 5,000 and 13,000 people were executed at Sednaya in the four years after Syria’s popular uprising descended into civil war, it said.

“The victims are overwhelmingly civilians who are thought to oppose the government,” the report said.

“Many other detainees at Sednaya Military Prison have been killed after being repeatedly tortured and systematically deprived of food, water, medicine and medical care.”

The prisoners, who included former military personnel suspected of disloyalty and people involved in unrest, underwent sham trials before military courts and were sometimes forced to make confessions under torture, Amnesty said.

The executions were carried out secretly and those killed were buried in mass graves outside the capital, with families not informed of their fate, it said.

The report was based on interviews with 84 witnesses including former guards and officials, detainees, judges and lawyers, as well as experts on detention in Syria.

It followed a major report issued a year ago by the United Nations Commission of Inquiry on Syria, whose war crimes investigators said they had “documented a high number of deaths” in Sednaya military prison.

“Amnesty’s findings are almost completely in-line with our ‘Death in Detention’ paper,” Paulo Pinheiro, chairman of the U.N. panel, told Reuters by email on Tuesday.

“We mentioned the executions in Sednaya and have extensive details on the systematic details of the regular ceremonies they have to conduct hangings in front of an audience of public officials. It is one of the clearest instances of a systematic practice that we had and based some of the key findings upon.”

The International Committee of the Red Cross (ICRC) has visited selected government-run detention facilities since Septmber 2011, but its confidential findings are only shared with the detaining authorities.

“We only visit central prisons, which are under the Ministry of Interior,” ICRC spokeswoman Iolanda Jaquemet said.

The ICRC has systematically requested “access to all detainees arrested by all parties to the conflict”, she added.