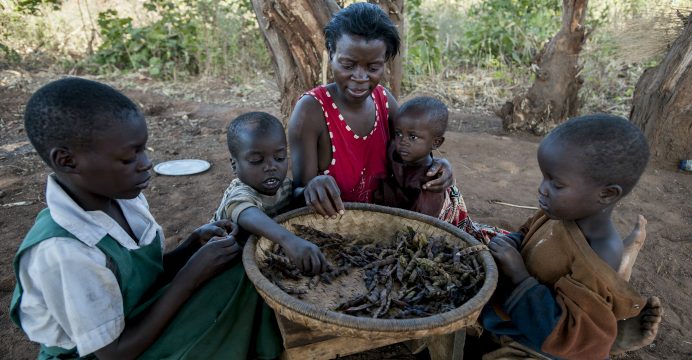 As part of its annual global humanitarian appeal, UNICEF is seeking $42 million to deliver life-saving aid for children in emergencies in two countries in the East Asia and Pacific region. The two East Asian countries that feature in the 2017 Humanitarian Action for Children report are DPR Korea and Myanmar, where children are affected by conflict, food shortages or natural disaster.

Globally, almost one in four of the world’s children lives in a country affected by conflict or disaster. UNICEF estimates up to 7.5 million children will require assistance just to avoid severe acute malnutrition, including almost half a million children in each of northeast Nigeria and Yemen. The agency’s 2017 appeal totals $3.3 billion, to be used to provide children with access to safe water, nutrition, education, health and protection in 48 countries.

“War, natural disaster, and climate change are driving ever more children from their homes, exposing them to violence and disease,” said Karin Hulshof, UNICEF East Asia, and Pacific Regional Director.

“UNICEF is dedicated to saving and improving the lives of children from natural disasters, conflicts, and other crises.” 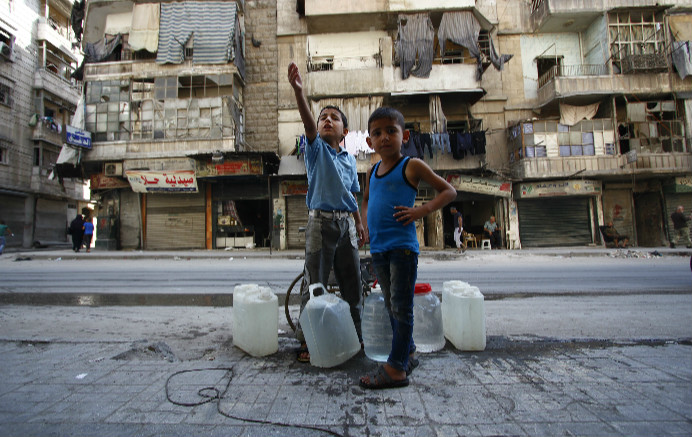 9-year-old Abdulghani and his brother Hassan, 6, wait for their turn to fill the empty jerry cans from a local water well in eastern Aleppo in the Syrian Arab Republic * PHOTO CREDIT – UNICEF

The appeal seeks support to provide essential medicines to more than 2 million children in DPR Korea, as well as funds to support assistance for other urgent initiatives including access to decent nutrition and clean water, and to safe sanitation and better hygiene. In August 2016, heavy rains from Typhoon Lionrock in North Hamgyong Province resulted in widespread flooding and the destruction of infrastructure,

In August 2016, heavy rains from Typhoon Lionrock in North Hamgyong Province resulted in widespread flooding and the destruction of infrastructure, livestock, and crops, affecting more than 600,000 people. Children, pregnant women, and lactating mothers face increased risks of water-borne and communicable disease. Last year, the number of children suffering from acute malnutrition and in need of urgent life-saving treatment quadrupled in flood-affected areas from 500 to 2,000 per month.

Last year, the number of children suffering from acute malnutrition and in need of urgent life-saving treatment quadrupled in flood-affected areas from 500 to 2,000 per month.

UNICEF is appealing for funds to meet the basic needs of some 127,000 of the country’s most vulnerable children. The money will be used by UNICEF and its partners to provide some 12,500 children aged 6 to 59 months affected by severe acute malnutrition with life-saving treatment; 75,000 people (30,000 of them children) with access to clean water for drinking, cooking and safe sanitation facilities as well as information about proper hygiene practices; and to provide some 127,000 children with access psychosocial support.