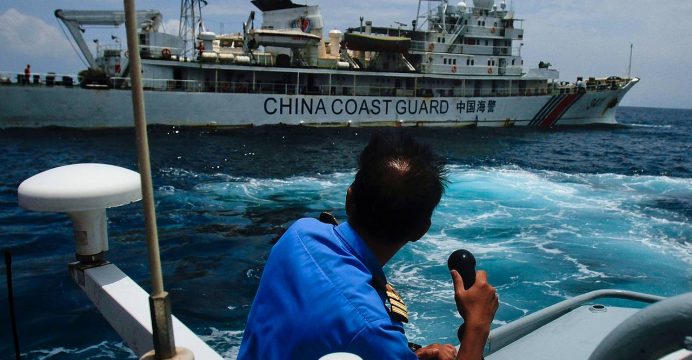 China on Monday welcomed U.S. Defense Secretary Jim Mattis’ suggestion that diplomacy should be the priority in the South China Sea, and that major U.S. military action was not being considered to contend with China’s assertive behavior there.

Mattis, speaking in Tokyo on Saturday, blamed China for “shredding the trust of nations in the region”, but also played down any need for U.S. military maneuvers in the disputed waters of the South China Sea and instead called for open lines of communication, reports Reuters.

The comments, his most complete on the issue to date, came after analysts had said other remarks made by President Donald Trump’s administration had suggested the possibility of U.S. military action, or even a naval blockade.

Chinese Foreign Ministry spokesman Lu Kang told reporters at a regular briefing that Mattis’ emphasis on using diplomatic means of resolving disputes in the South China Sea was “worthy of affirmation” and that the situation there was normalizing.

China claims most of the South China Sea, while Taiwan, Malaysia, Vietnam, the Philippines and Brunei claim parts of the waters that command strategic sea lanes and have rich fishing grounds along with oil and gas deposits.

In his Senate confirmation hearing, Secretary of State Rex Tillerson said China should not be allowed access to islands it has built in the contested South China Sea. The White House also vowed to defend “international territories” in the waterway.

Such action would risk an armed confrontation with China, an increasingly formidable nuclear-armed military power.

Chinese state media said at the time that the United States would need to “wage war” to bar China’s access to the artificial islands built up on reefs, where it has constructed military-length air strips and installed weapons systems.

Pronouncements by China’s state-run news outlets do not equate to government policy, but can reflect official thinking.