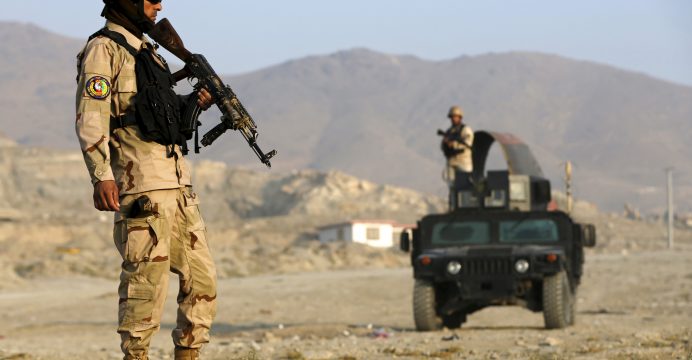 Afghan forces said they were holding off a Taliban offensive in Helmand province on Tuesday, as reinforcements and air support arrived.

Both sides reported heavy fighting as Taliban militants attacked government positions in Sangin district, an area where insurgents have made major gains in the past two years, reports Reuters.

“There is heavy fighting still ongoing between the Taliban and our forces but those places that were captured by the Taliban yesterday have been taken back,” said Omar Zwak, a spokesman for the governor of the southern province.

Among the reinforcements sent to the embattled district were new commando units, he said.

Army officials said they had killed at least 19 Taliban and wounded 25.

British, American and other international forces battled the Taliban in Helmand for years after the ouster of the militant group from power in late 2001. Sangin and other districts saw sustained heavy fighting.