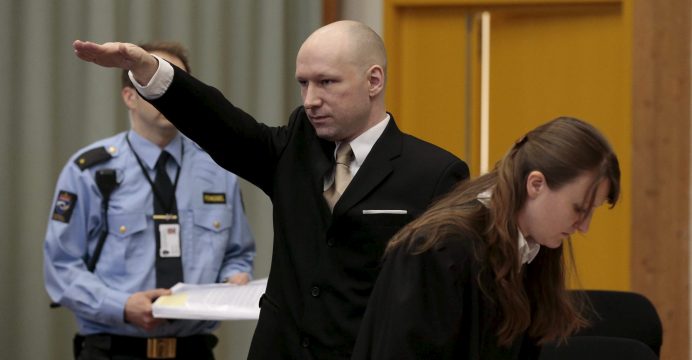 Mass killer Anders Behring Breivik made a Nazi salute at the start of a court case on Tuesday at which Norway is trying to overturn a ruling that it has violated his human rights by keeping him isolated since he massacred 77 people in 2011.

Breivik, wearing a black suit and tie, raised his right arm to make the flat-handed Nazi-style salute as he entered the court in a converted gym at the jail where he lives in a three-room cell, reports Reuters. 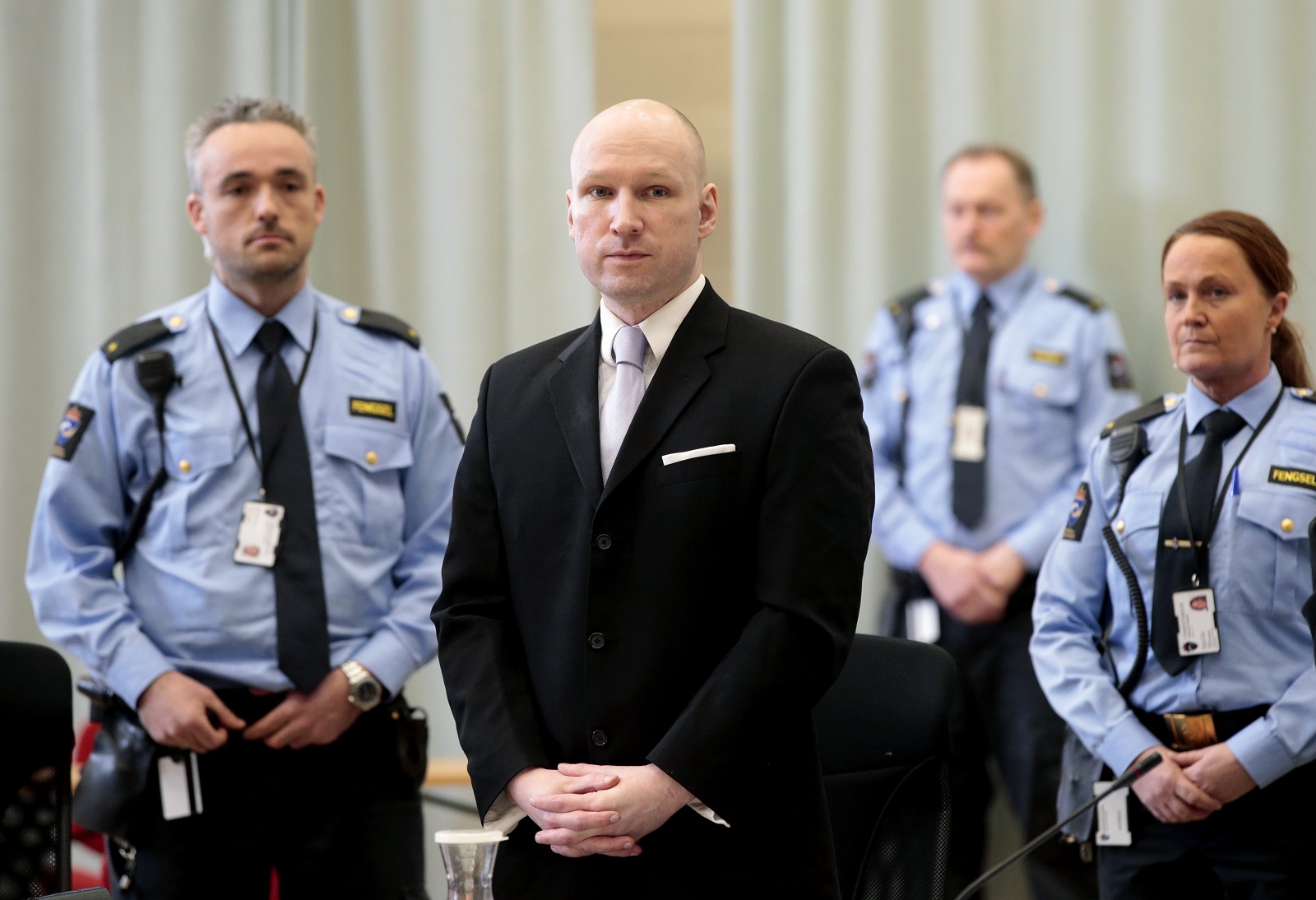 It was similar to the salute he gave at a lower court in March, when the judge ended up agreeing that the Norwegian state had violated a ban on “inhuman and degrading” treatment under the European Convention on Human Rights by keeping him too isolated.