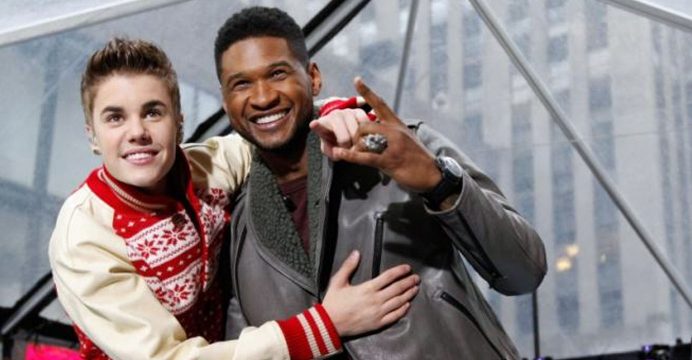 A federal judge has dismissed a $10 million lawsuit accusing Justin Bieber and Usher of illegally copying parts of their song “Somebody to Love” from an identically titled song by two Virginia songwriters, reports reuters.

In an order on Thursday, U.S. District Judge Arenda Wright Allen in Norfolk, Virginia adopted a federal magistrate judge’s finding that Devin Copeland and his cousin Mareio Overton failed to show that Bieber and Usher had access to their 2008 song before creating their own work in early 2010.

Allen dismissed the lawsuit with prejudice, meaning it cannot be brought again.

Duncan Byers, a lawyer for the plaintiffs, did not immediately respond on Friday to requests for comment.

In a court filing last month, Copeland, who performs as De Rico, and Overton said they had resolved their disputes with Bieber, and with Vivendi SA’s Universal Music Group and Def Jam Recordings.

Usher, whose full name is Usher Raymond, and Sony Corp’s Sony/ATV Musical Publishing LLC were among the other defendants.

Allen had first dismissed the lawsuit in March 2014, but a federal appeals court revived the case in June 2015, saying a jury could find the songs’ choruses “intrinsically similar.”

Bieber and Usher claimed that their song was based on a November 2009 version by songwriter Heather Bright and a production trio, The Stereotypes.

But the plaintiffs said music industry executives had given the singers access sooner.

They also said the magistrate judge made several errors, including by deciding that songs were not “strikingly similar” rather than leaving that question for a jury.

Allen said the plaintiffs’ objections were without merit.

Bieber’s version of “Somebody to Love” credited him as a co-writer, and peaked at No. 15 on the Billboard Hot 100.