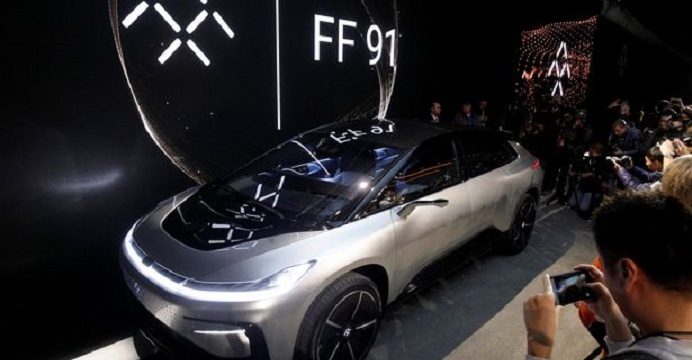 Start-up Faraday Future has unveiled a self-driving electric car that it says can accelerate from zero to 60mph (97km/h) in 2.39 seconds.

Faraday says the FF91 accelerates faster than Tesla’s Model S or any other electric car in production. It was shown off at the CES tech show in Las Vegas, reports BBC

But Faraday Future has faced financial difficulties and one analyst said it had to challenge “scepticism” following last year’s CES presentation. The FF91 was introduced via a live demo, in which it drove itself around a car park and backed into an empty space. 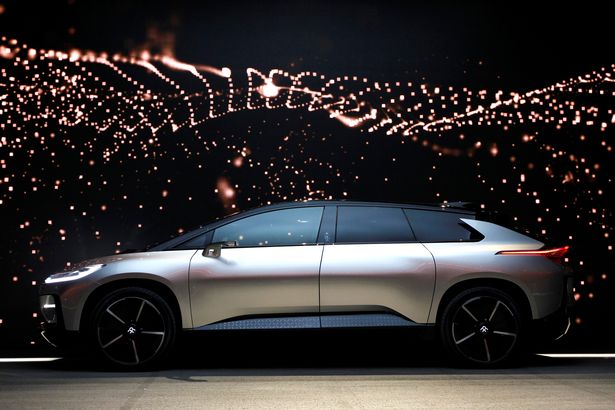 Pre-recorded footage also showed the car accelerating from standstill to 60mph in 2.39 seconds. Tesla’s fastest model did it in 2.5 seconds on the same track.

Late in the presentation, however, there was an awkward moment when Chinese billionaire Jia Yueting tried to demonstrate the car’s self-parking function on stage in front of the audience.

This time, the vehicle remained stationary. Mr Jia is chief executive of LeEco – a Chinese video-on-demand and smartphone-maker – which has invested in Faraday.

“OK, it seems like it’s a little bit lazy tonight,” said Faraday senior vice president Nick Sampson, as the car refused to respond. It eventually complied later when they made a second attempt.

The event came a year after the firm’s first press conference, where it showed off a futuristic-looking concept vehicle. Several commentators criticised it at the time for failing to give more detail about what it was actually working on.

Faraday Future has lately been in the news for less celebratory reasons – its troubled finances.

In November, it confirmed that work had stopped on a huge factory in Las Vegas intended to manufacture a car backed by investment from LeEco.

A week earlier, the Bloomberg news agency had revealed that Mr Jia had written to LeEco’s employees to say his firm’s finances were under pressure.

Ever since it unveiled a futuristic concept car at last year’s CES, Faraday Future has been met with much scepticism, said Gartner automotive analyst Mike Ramsay.

“This is a must impress situation,” he added.

“Even if everything had been going perfectly, it is very difficult to be a start-up carmaker, particularly when you are coming from a tech background.”

Having seen the presentation, Mr Ramsay commented that he was “not convinced” that the firm was yet a clear contender.

“It still seems like it’s more in the realm of fantasy than reality,” he added.

“For the car to have a 130 kWh battery pack, it would be very heavy, and very expensive – extremely expensive to have a battery that size.”

On stage, Faraday executive Peter Savagian explained that the FF19 would be chargeable from various electrical standards.

He added its range would extend to 482 miles (775km) when driven at 55mph. Many analysts expect interest in electric vehicles to continue to rise in coming years.