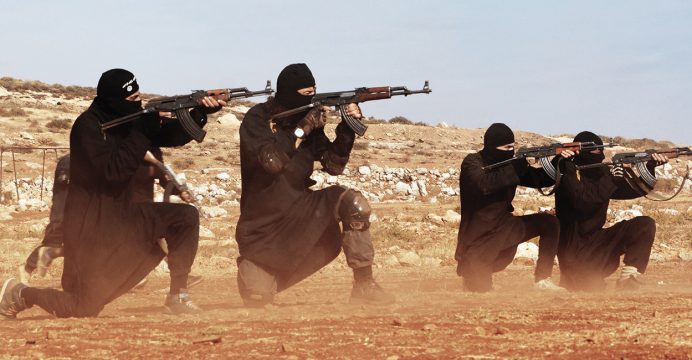 A 19-year-old Syrian man went on trial in Germany on Wednesday accused of surveying sites in Berlin as possible targets for attacks by Islamic State militants, a court spokeswoman said.

The trial came at a time when Germany is debating tougher security laws after a failed asylum seeker drove a truck into a Christmas market in Berlin on Dec. 19, killing 12 people, in an attack claimed by Islamic State. The assailant, a Tunisian, escaped but was shot dead a few days later by police in Italy.

Prosecutors said the Syrian man, identified as Shaas Al M., is believed to have fought for Islamic State in Syria before arriving in Germany in August 2015 and applying for asylum, reports Reuters.

He is accused of checking out landmarks in the German capital such as the Alexanderplatz square, the Reichstag parliament building and the Brandenburg Gate from the end of August 2015 until February 2016.

He is also believed to have relayed the information from his surveillance activities to Islamic State contacts in Syria, according to court spokeswoman Lisa Jani.

“The suspect is accused of membership of a terrorist organization abroad and of violating the War Weapons Control Act,” Jani said. If convicted, he would be sentenced under juvenile law – which applies to defendants under 21 years old.